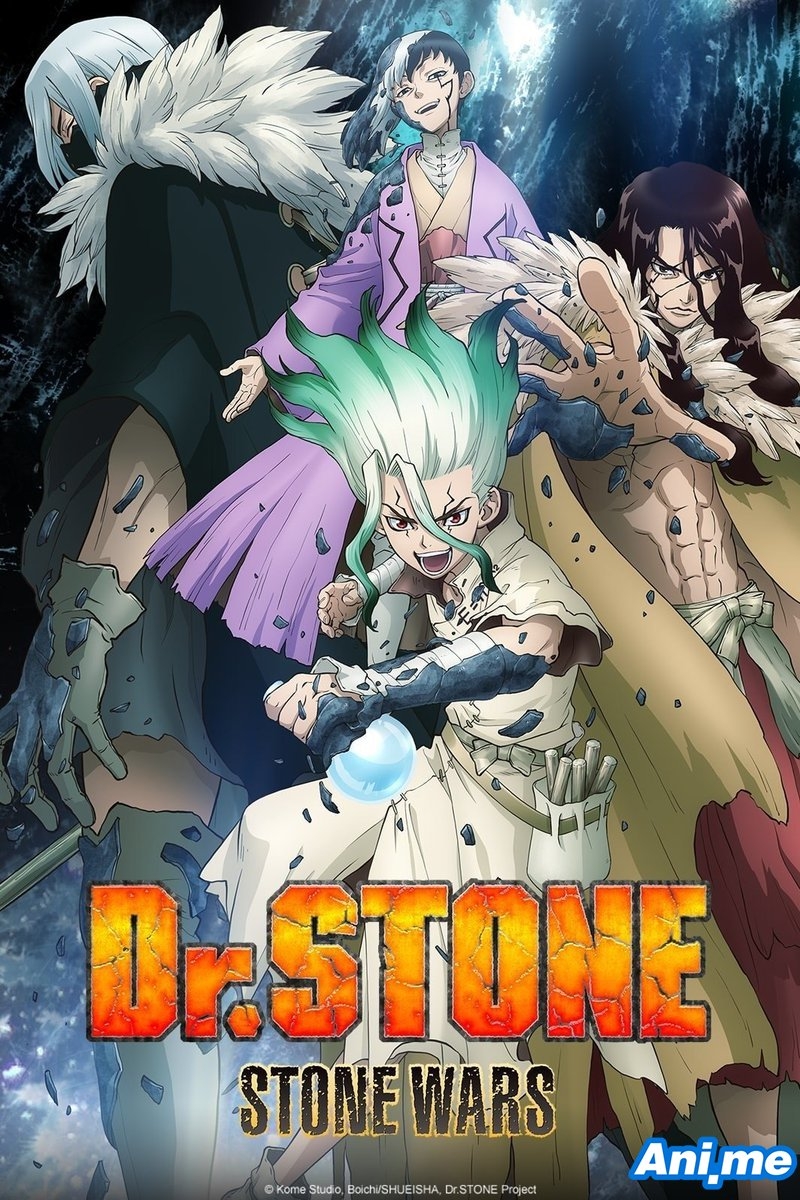 Last Monday, the theme song artists for the upcoming season 2 of Dr. Stone have been revealed in the latest issue of Weekly Shounen Jump. According to the announcement, rock band Fujifabric will be singing the opening theme song Rakuen (Paradise) while Hatena will perform the ending theme song Koe? (Voice?)

The first season was helmed by Shinya Iino (episode director on Made in Abyss, Shoujo Kageki Revue Starlight) as director for studio TMS Entertainment, with scripts written by Yuichiro Kido (Love is Like After the Rain, Blue Exorcist: Kyoto Saga). Character design was done by Yuko Iwasa (Yowamushi Pedal) and music was composed by Tatsuya Kato (Shoujo Kageki Revue Starlight), Hiroaki Tsutsumi (Children of the Whales), and Yuki Kanesaka (Blood Blockade Battlefront & Beyond).

Dr. Stone is a manga series by written by Riichirou Inagaki and illustrated by Boichi. The manga was first launched in March 2017 in Weekly Shounen Jump. In 2019, the manga was adapted into an anime series by TMS Entertainment. VIZ Media, which holds the license for the manga’s English physical and digital release, describes the series’ story as such:

“One fateful day, all of humanity was petrified by a blinding flash of light. After several millennia, high schooler Taiju awakens and finds himself lost in a world of statues. However, he’s not alone! His science-loving friend Senku’s been up and running for a few months and he’s got a grand plan in mind—to kickstart civilization with the power of science!”

See also: Why Naruto is Still The Best Anime of All Time