The official website of Shin Chuka Ichiban!, better known to English-language fans as True Cooking Master Boy, revealed that the sequel to the original series will premiere in 2021. The sequel was first announced last January, during the first series’ 12th and last episode.

The series’ official website also revealed a new teaser visual for the sequel: 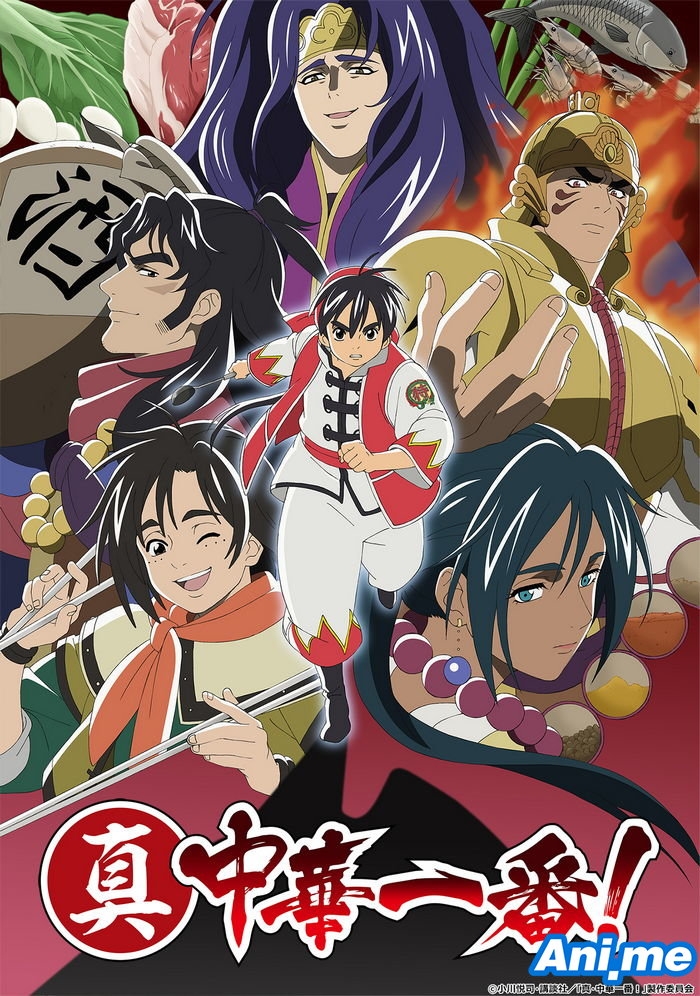 A previous teaser video for the sequel has teased the five new characters in the visual above. You can check out the video here.

Cooking Master Boy aired in Japan last October 2019. The opening theme of the series, “Kofuku-ron” is performed by Qaijff. The ending theme, ”Paradigm Shift”, is performed by Brian the Sun.

Cooking Master Boy is a manga series by Etsushi Ogawa, which was serialized in Kodansha’s Weekly Shonen Magazine from 1995 to 1999. In 1997 it was adapted into an anime series. The manga tells the story of Liu Mao Xing, whose mother Pai was known throughout China as the “Fairy of Cuisine”. Anime News Network further describes Cooking Master Boy’s story as such: