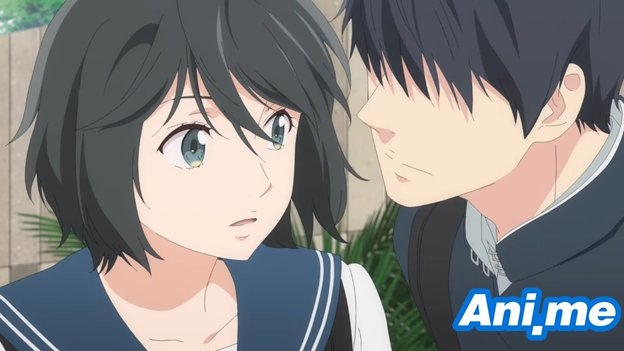 It’s all shoujo manga and high school-loves feels in the newest trailer for the anime film adaptation of Io Sakisaka’s manga series Omoi, Omoware, Furi, Furare (Love Me, Love Me Not). Adding to the shoujo feels of the trailer is the theme song Gravity by band BUMP OF CHICKEN. Check out the trailer here!

The band is also known for performing the songs for Nissin cup noodle’s popular Hungry Days series of advertisements that featured the re-imagined stories of characters in One Piece and Kiki’s Delivery Service.

The anime film is slated for a September 18 release in Japan. The film was originally scheduled for a May 29 release but was delayed due to the current COVID-19 pandemic.

The previously-announced lead cast are:

·        Marika Suzuki (in her first-ever voice acting role) as Yuna Ichihara, a shy girl who loves reading shoujo manga but hasn’t experienced love yet. She falls in love with Rio, Akari’s step-brother.

·        Megumi Han as Akari Yamamoto, a girl who befriends the shy Yuna. She initially pushes Yuna to Inui, the latter’s childhood friend, but eventually falls for Inui herself.

·        Nobunaga Shimazaki as Rio Yamamoto, Akari’s step-brother. Before his father married her mother, he was in love with her but had to suppress his feelings once they became step-siblings. Eventually he falls for Yuna but is hesitant to confess.

The anime film will be directed by Toshimasa Kuroyanagi (Say, “I Love You”, The Great Passage) with Erika Yoshida (Namu Amida Butsu! – Rendai Utena -) penning the scripts. Character design is done by Yuu Yamashita (Bunny Drop) and Yuuji Nomi (Whisper of the Heart, Say, “I Love You”) is in charge of composing the music. The film is produced by A-1 Pictures.