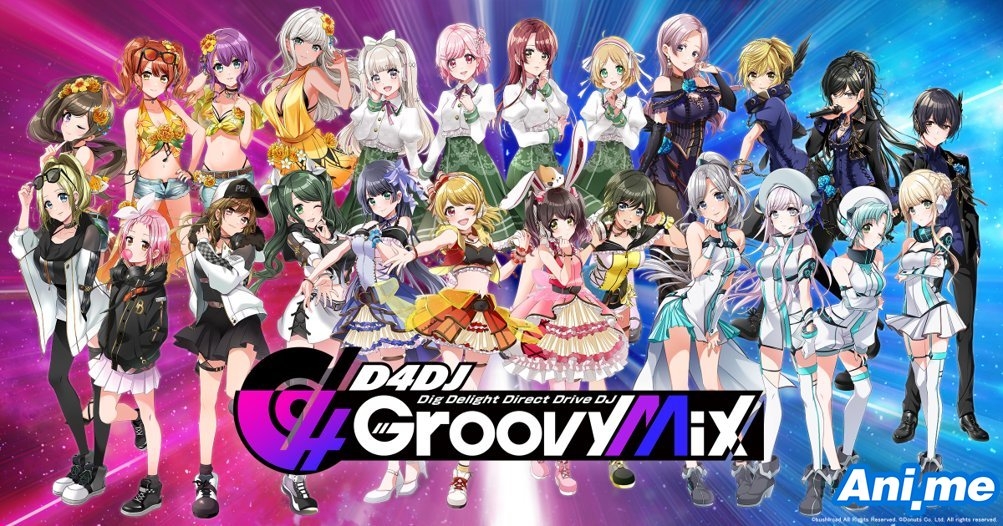 Get ready for a new mobile rhythm game, as Japanese entertainment company Bushiroad has announced that they will be launching the D4DJ Groovy Rhythm game globally soon! The announcement was made at the Anime Expo Lite online event last Friday. Bushiroad also streamed a demo video of the game, as part of promotions for the game’s upcoming global release.

D4DJ is described as a “DJ-themed mixed media project” which includes live DJ performances, an anime, and a smartphone game. The game, entitled D4DJ Groovy Mix, will be released in Japan for iOS and Android devices sometime in 2020. However, a “D4U Edition” of the game was already launched in Japan this February. Donuts is developing the game for Bushiroad.

A gameplay video for D4DJ Groovy Mix was has been previously revealed for the game. Get a glimpse of Bushiroad’s newest (gacha hell) game here!

An TV anime series for the franchise was announced last April. Acclaimed anime director Seiji Mizushima (Fullmetal Alchemist, Mobile Suit Gundam 00) was earlier announced to be directing the anime project, which received the official title D4DJ First Mix. Sanzigen Animation Studio will be handling animation. It was also announced that Mizushima and Sanzigen are currently working on a promotional video for the “Happy Around” musical unit of the D4DJ franchise.