The movie will be directed by Takahiro Miki. Miki also directed the live-action film adaptation of another Io Sakisaka manga, Ao Haru Ride. The live-action film is set for an August 14, 2020 release. It stars (from left to right) Eiji Akaso as Kazuomi Inui, Takumi Kitamura as Rio Yamamoto, Riko Fukumoto as Yuna Ichihara, and Minami Hamabe as Akari Yamamoto. 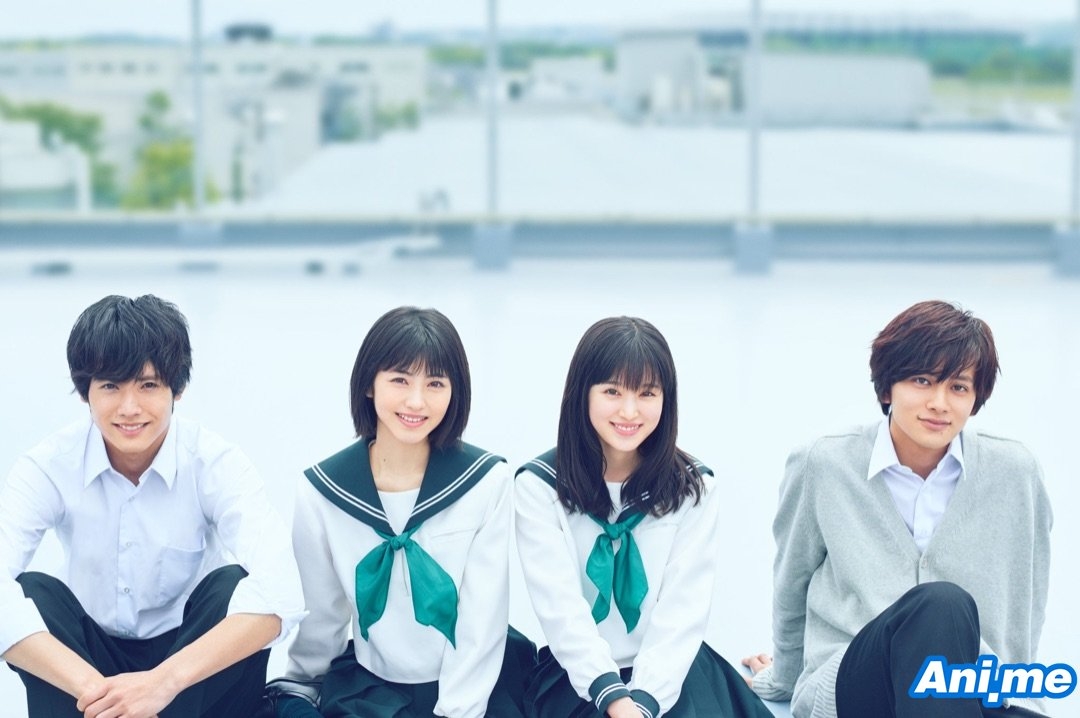 Omoi, Omoware, Furi, Furare also received an anime film adaptation directed by Toshimasa Kuroyanagi (Say, “I Love You”, The Great Passage) with Erika Yoshida (Namu Amida Butsu! – Rendai Utena -) penning the scripts. Character design is done by Yuu Yamashita (Bunny Drop) and Yuuji Nomi (Whisper of the Heart, Say, “I Love You”) is in charge of composing the music. The film is produced by A-1 Pictures.

The anime film was supposed to be released last May 29 but has been delayed due to the COVID-19 pandemic. No new release date has been announced for the anime film.