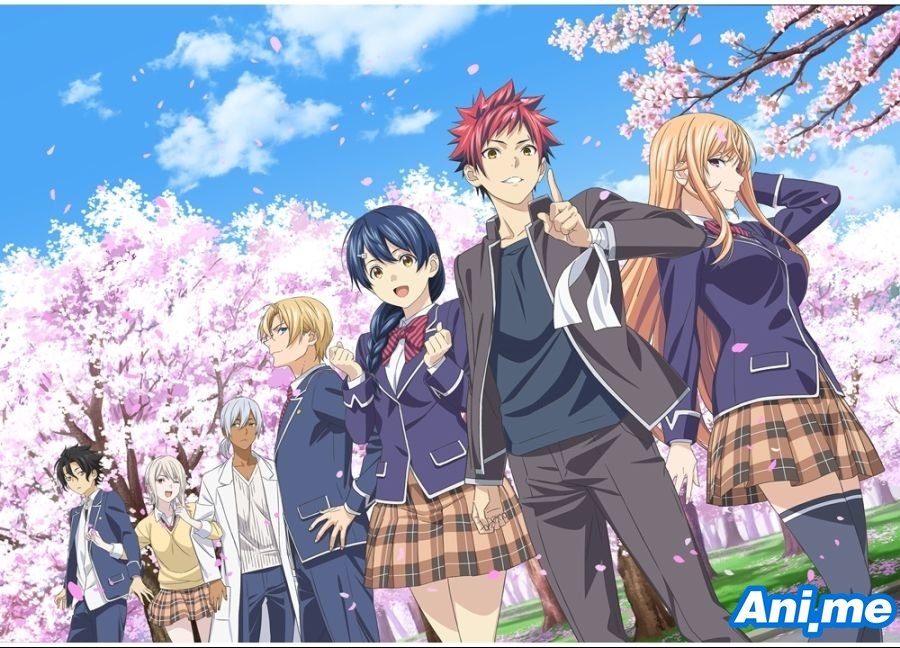 nano.RIPE has sung past theme songs for the Food Wars! franchise, as they were the ones who performed the ending themes for seasons two to four of the series. Mai Fuchigami, on the other hand, has previously performed theme songs to anime such as Planet With and Outbreak Company.

The fifth season is entitled Shokugeki no Soma: Go no Sara (Strong Plate, with the “go” a pun on the Japanese word meaning “five”), and is set for an April 2020 premiere.

While the manga has already ended its run in the Weekly Shonen Jump, the series released three more chapters in another magazine, Jump Giga. The three new chapters were collectively called Shokugeki no Soma: Le dessert, and ran starting June 27.

Food Wars: Shokugeki no Soma is written by Yuto Tsukuda, with illustrations by Shun Saeki. It was first serialized in the Weekly Shonen Jump in November 2012. The series received an anime adaptation from JC Staff, with the first season airing from April to September 2015 and the second season airing from July to September 2016. The third season was divided into two cours and was released from October to December 2017 and from April to June 2018. The series’ fourth season, Shokugeki no Soma: Shin no Sara (The Fourth Plate) aired from October to December 2019.