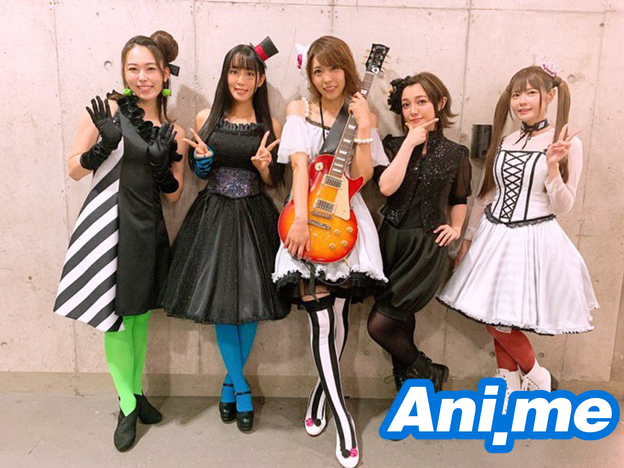 A super major dose of nostalgia coming right up: K-ON’s Houkago Tea Time band recently reunited onstage! Their surprise reunion happened on September 1, during the last day of the yearly Animelo Summer Live. Needless to say, anime fans in attendance were shook, and according to numerous fan accounts, the group receive thunderous applause from everyone in the venue.

Houkago Tea Time or HTT for short sang two songs during their performance: the anime’s first ED ”don’t say ‘Lazy’” and the first OP, ”GO! GO! MANIAC”. Their last performance together as as a group was way back 2011, in the K-ON!! Live Concert: Come With Me!! held at the Saitama Super Arena.

Their reunion performance appeared to be an emotional one, as Satomi Satou (VA of Ritsu Tainaka) was heard consoling Youko Hikasa (Mio Akiyama) and telling her ”Mio, don’t cry” as they finished their performance.

Houkago Tea Time is composed of the voice actresses of the main characters: Aki Toyosaki (VA of Yui Hirasawa), Yoko Hikasa (VA of Mio Akiyama), Satomi Satou (VA of Ritsu Tainaka), Minako Kotobuki (VA of Tsumugi Kotobuki) and Ayana Taketatsu (VA of Asuza Nakano). The members opened their surprise appearance on the Anisama stage with their signature lines as their characters, with Yui’s VA Aki Toyosaki saying to the crowd, “Sorry to keep you waiting!”

Ayana Taketatsu also posted pictures of HTT after their Anisama performance on her Twitter account, thanking fans for the warm welcome they received. Check out her tweet here!

K-ON! was first released as a four-panel comic strip in 2007 and was written and illustrated by Kakifly. In 2009, Kyoto Animation adapted K-ON! into an anime series—and the rest is anime history. It was the most popular anime during its time—and endured for the years to come—with their soundtrack CDs consistent entries in music charts, sold-out merchandise, and the franchise helping drum up tourism for its real-life locations. It also cemented the moe anime trope since then, i.e., cute girls doing cute things. It was also one of Kyoto Animation’s first-ever hits, helping them secure their place in the industry.