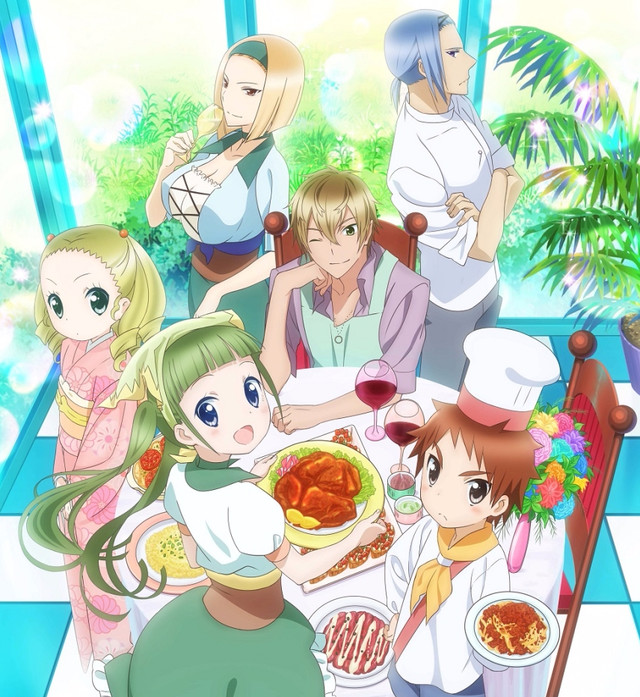 Anime over the years has tackled various types of genres and scenarios, from stories of supernatural beings to stories on music and friendship, anime is a treasure trove of unique stories. But amongst these fantastical themes there is one type of theme that almost anyone can enjoy, food/cooking anime. Anime with food as the main focus of the story and leaving the viewer hungry for more, both figuratively and literally.

When it comes to this genre of anime viewers shall find that it comes in a somewhat mixed bag. There are the shounen type of food/cooking anime with exaggerated moments such as “Yakitate! Japan” and “Shokugeki no Soma and there are the shoujo type of food/cooking anime such as “Bojour Sweet Love Patisserie” and “Yume-iro Patissiere”. Now a new anime joins the latter line up and its name is “Piace Watashi no Italian”

Created as an online by Nab_at (Atsuko Watanbe) under the name “piacevole” the story follows a high school girl named Morina working in an Italian restaurant under the watchful eye of a “grade-school age genius chef” alongside other unique characters of the restaurant. First announced in June the anime is now set to premier on January 11 at 10:30 p.m on TOKYO MX.