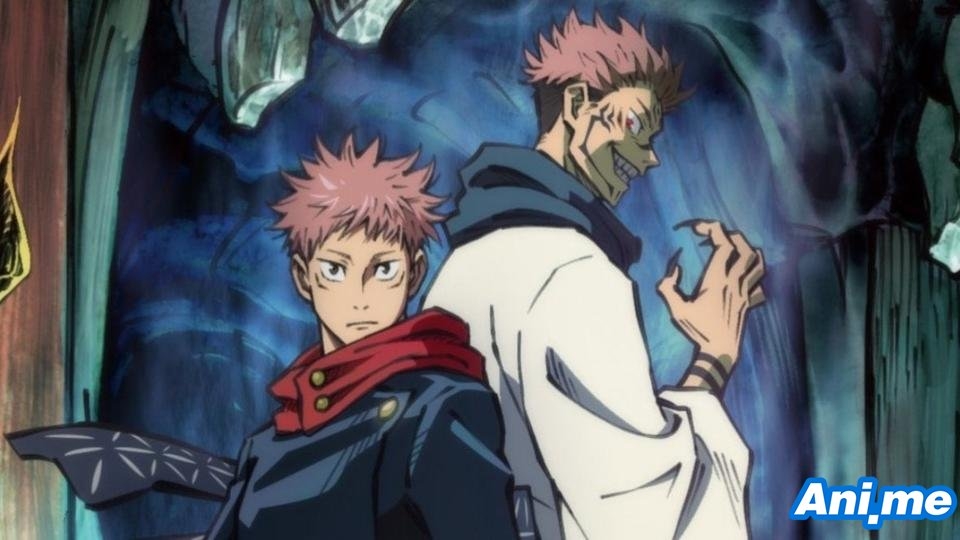 About Jujutsu Kasien (as described by Crunchyroll)

Hardship, regret, shame: the negative feelings that humans feel become Curses that lurk in our everyday lives. The Curses run rampant throughout the world, capable of leading people to terrible misfortune and even death. What's more, the Curses can only be exorcised by another Curse.

Itadori Yuji is a boy with tremendous physical strength, though he lives a completely ordinary high school life. One day, to save a friend who has been attacked by Curses, he eats the finger of the Double-Faced Specter, taking the Curse into his own soul. From then on, he shares one body with the Double-Faced Specter. Guided by the most powerful of sorcerers, Gojo Satoru, Itadori is admitted to the Tokyo Metropolitan Technical High School of Sorcery, an organization that fights the Curses... and thus begins the heroic tale of a boy who became a Curse to exorcise a Curse, a life from which he could never turn back.

Could this be the next big manga hit? The official Twitter account for the Jujutsu Kaisen manga announced recently that they have officially reached 10 million copies in circulation. The count includes its recent new printings of all volumes as well as its digital releases.

The manga launched in the Weekly Shonen Jump in March 2018. The hype for franchise grew when the anime adaptation premiered in October 2 in Japan. The anime is confirmed to have 24 episodes.

As a part of the JUMP START initiative, the first three chapters of Jujutsu Kaisen were published in English in VIZ Media's digital Weekly Shonen Jump on the same day as the Japanese release. After, the series was added to the MANGA Plus simulpub service, and has been released in print by the same publisher since December 3, 2019.

Hidden in plain sight, an age-old conflict rages on. Supernatural monsters known as "Curses" terrorize humanity from the shadows, and powerful humans known as "Jujutsu" sorcerers use mystical arts to exterminate them. When high school student Yuuji Itadori finds a dried-up finger of the legendary Curse Sukuna Ryoumen, he suddenly finds himself joining this bloody conflict.

Attacked by a Curse attracted to the finger's power, Yuuji makes a reckless decision to protect himself, gaining the power to combat Curses in the process but also unwittingly unleashing the malicious Sukuna into the world once more. Though Yuuji can control and confine Sukuna to his own body, the Jujutsu world classifies Yuuji as a dangerous, high-level Curse who must be exterminated.

Detained and sentenced to death, Yuuji meets Satoru Gojou—a teacher at Jujutsu High School—who explains that despite his imminent execution, there is an alternative for him. Being a rare vessel to Sukuna, if Yuuji were to die, then Sukuna would perish too. Therefore, if Yuuji were to consume the many other remnants of Sukuna, then Yuuji's subsequent execution would truly eradicate the malicious demon. Taking up this chance to make the world safer and live his life for a little longer, Yuuji enrolls in Jujutsu High, jumping headfirst into a harsh and unforgiving battlefield.

About Jujutsu Kaisen Anime (As Described by VIZ Media)

In a world where demons feed on unsuspecting humans, fragments of the legendary and feared demon Ryoumen Sukuna were lost and scattered about. Should any demon consume Sukuna's body parts, the power they gain could destroy the world as we know it. Fortunately, there exists a mysterious school of Jujutsu Sorcerers who exist to protect the precarious existence of the living from the undead!

Yuuji Itadori is high schooler who spends his days visiting his bedridden grandfather. Although he looks like your average teenager, his immense physical strength is something to behold! Every sports club wants him to join, but Itadori would rather hang out with the school outcasts in the Occult Club. One day, the club manages to get their hands on a sealed cursed object, but little do they know the terror they'll unleash when they break the seal...