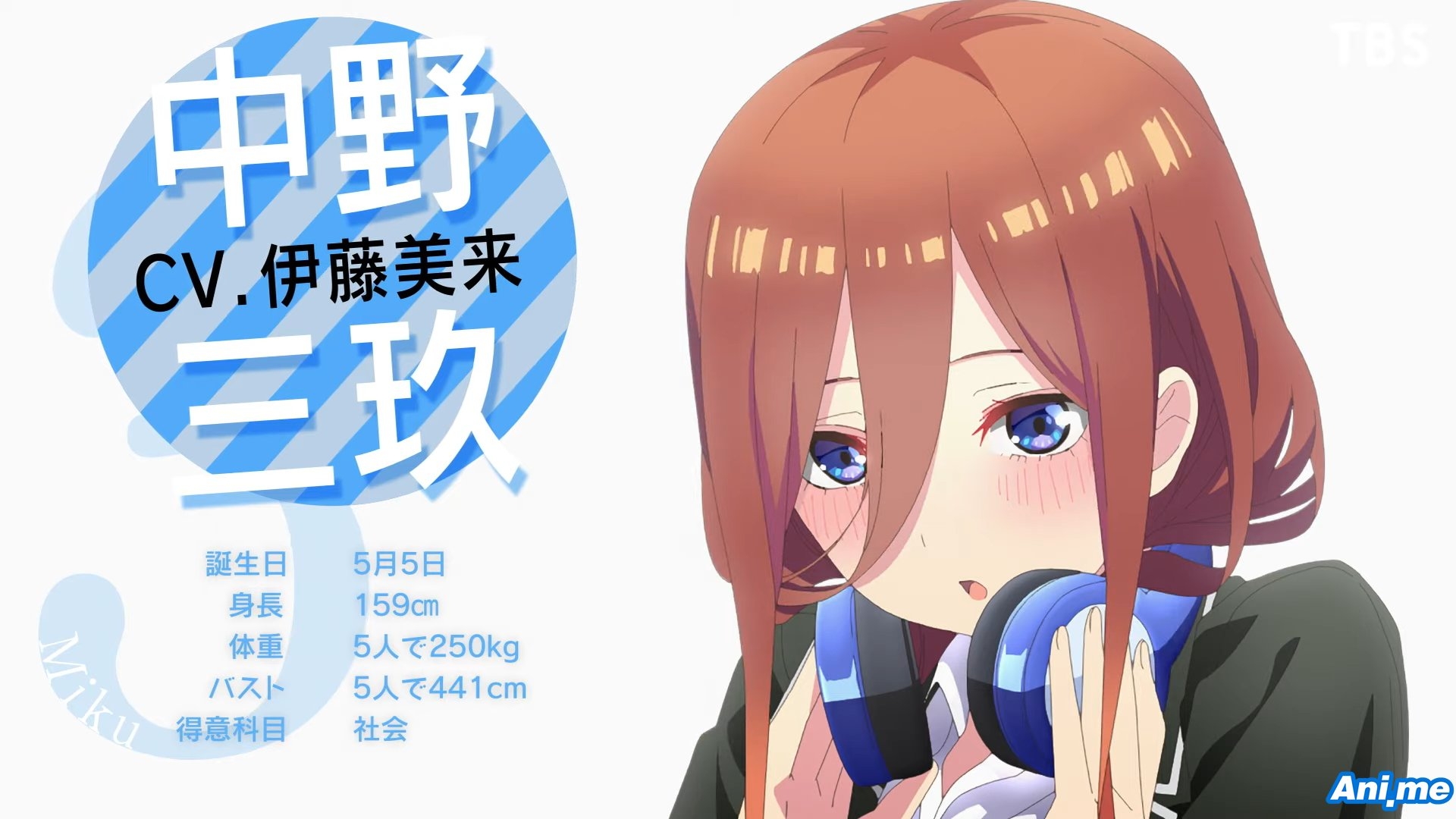 It’s Miku’s turn now for the spotlight, as the newest promo video for the upcoming second season of Quintessential Quintuplets is now focused on her! Check out the video here!

This promo video is now the third of five character-focused promo videos for the second season—one for each Nakano quintuplet. In case you missed it, you can check out Ichika’s here and Nino’s here.