Just this Sunday, the three official Twitter accounts of popular shounen franchise My Hero Academia posted one photo each that appeared to be cropped. The first picture was from the MHA TV anime Twitter, which posted a cropped picture of Katsuki Bakugo and the words, “HE WILL ME”. The second picture, this time from the MHA film Twitter, featured Deku and the words “ET “THE THREE MU”, and the final picture from the MHA manga Twitter account features Todoroki with “SKETEERS.”

A little sleuthing by fans revealed that the three images were connected, and formed the picture below: 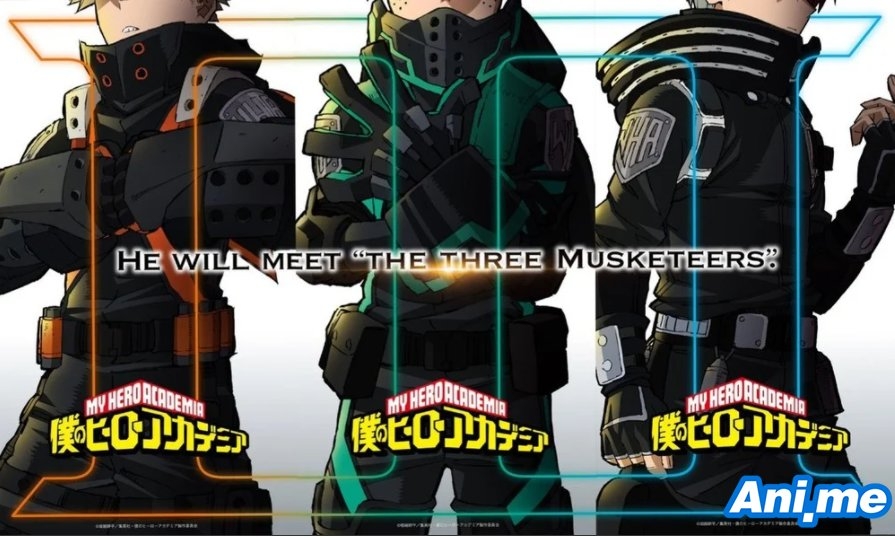 The fourth season of My Hero Academia aired last October 2019 and covered the events of the Shie Hassaikai arc of the manga, the longest arc in the series. In that arc, the students of Class 1-A learned about Hero Internships, where they will be mentored by a real Hero so that they can gain real-life experience.

Season 4 was still directed by Kenji Nagasaki, with script written by Yosuke Kuroda and character design by Yoshihiko Umakoshi. Studio Bones will still be producing the series. No word yet on the staff for the 5th season.

My Hero Academia is a manga series written by Kohei Horikoshi, and is being serialized in the Weekly Shonen Jump magazine since 2014. It tells the story of Izuku Midoriya, who was born without a superpower or Quirk but still dreams of becoming a hero despite this. It was eventually adapted into an anime series by Bones, which premiered on April 2016. The success of the first season immediately prompted the release of a second and third season in 2017 and 2018, respectively.