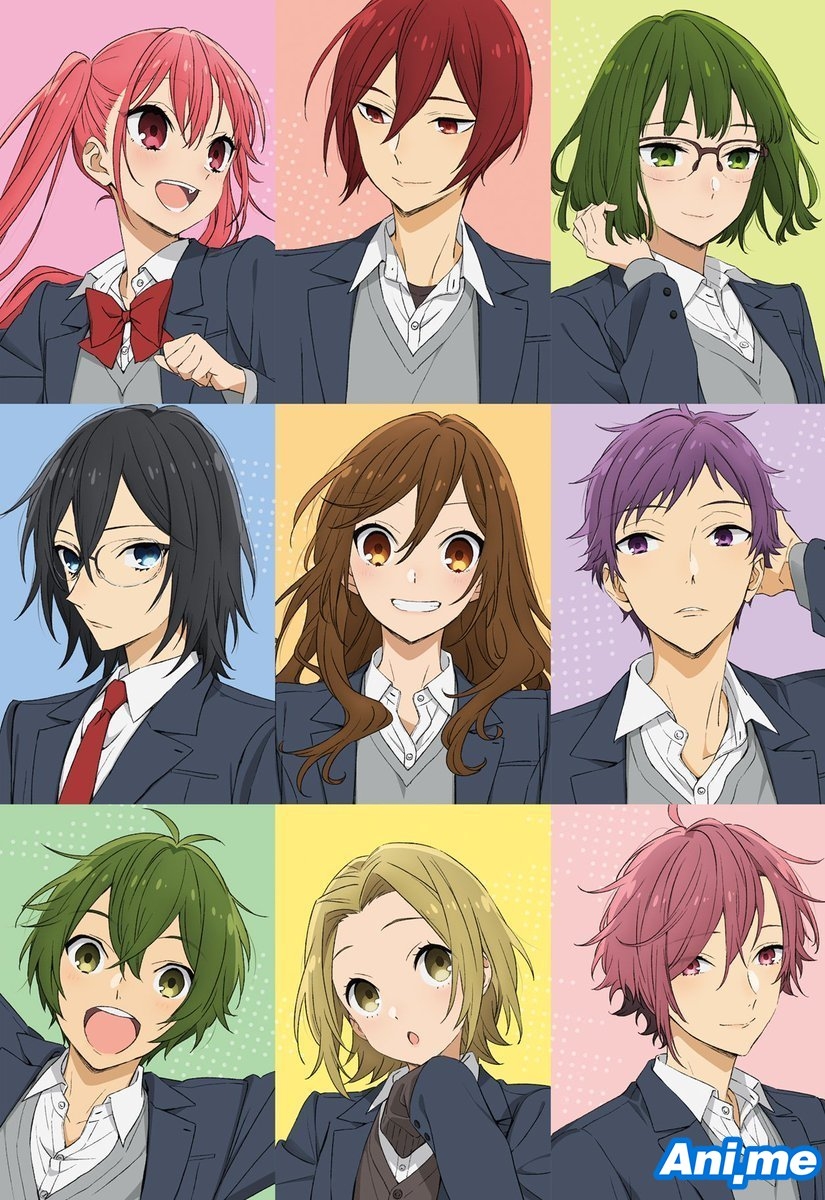 All aboard the Horimiya hype train as we get more news for the series! A special livestreamed event for the upcoming anime series revealed nine new cast members, as well as a visual showing all the characters (see above photo!). The new cast are:

The TV anime series will premiere on January 9. The leads will be voiced by Haruka Tomatsu (Yuuki Asuna in Sword Art Online) as Hori and Kouki Uchiyama (Kei Tsukishima in Haikyu!!) as Miyamura.

Both the film and TV series will feature Oji Suzuka and Sayu Kubota as leads Miyamura and Hori, respectively.