Both the film and TV series will feature Oji Suzuka and Sayu Kubota as leads Miyamura and Hori, respectively. Check out their cute official visual below! 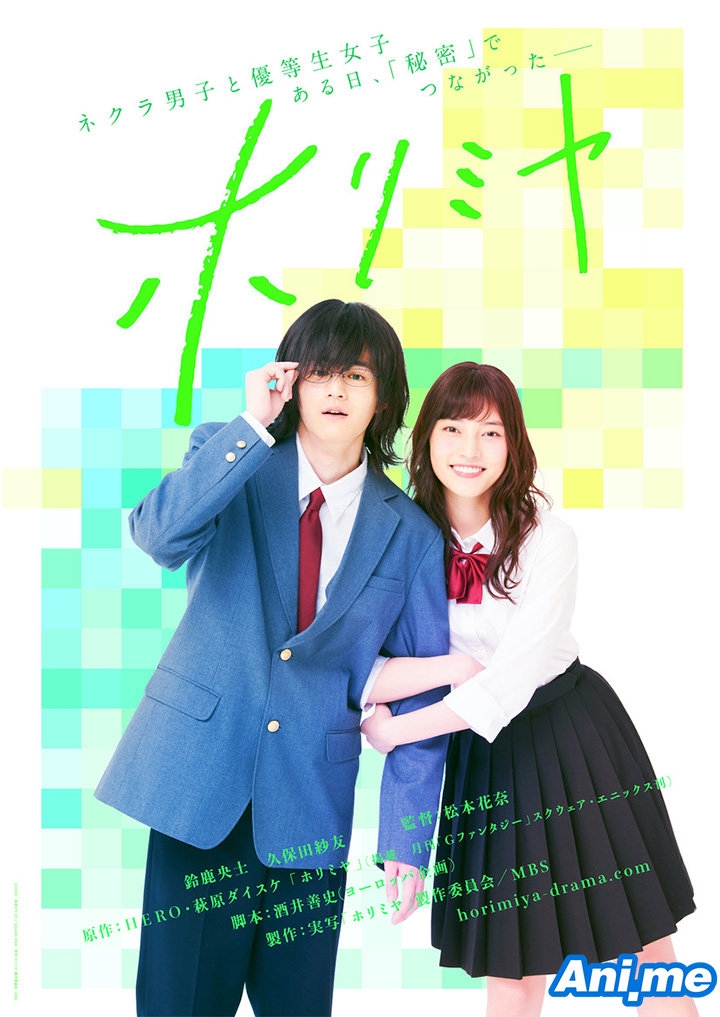 The film was announced to be a compilation of the live-action TV series’ first three episodes along with new scenes. Hana Matsumoto is directing both the film and the series, with Yoshifumi Sakai writing the scripts.

It was previously revealed that the TV anime series will premiere on January 9. The leads will be voiced by Haruka Tomatsu (Yuuki Asuna in Sword Art Online) as Hori and Kouki Uchiyama (Kei Tsukishima in Haikyu!!) as Miyamura.