An extended promo video as well as a new main visual was recently revealed in the official website of upcoming romantic drama film Josee, the Tiger, and the Fish (Josee to Tora to Sakana-tachi). The extended video previews the movie’s theme song Ao no Waltz (Blue Waltz) as well as the insert sone Shinkai by Eve. Check out the video here and the new visual below! 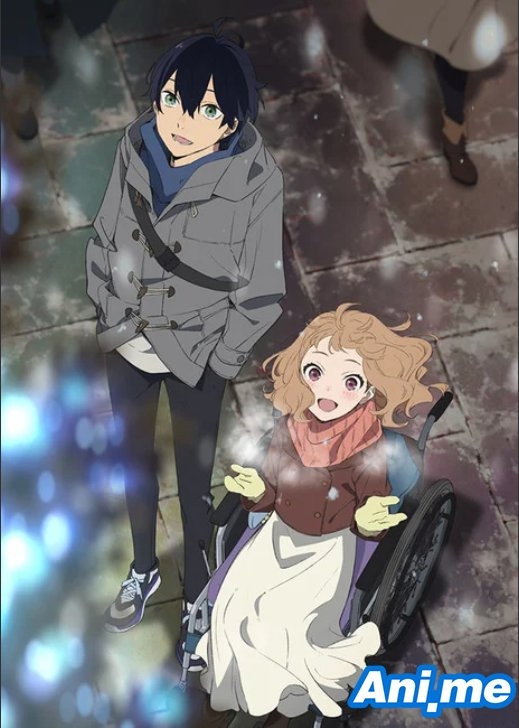 The film is set for a December 25 (Christmas Day!) commercial release in Japan. The film was originally scheduled to premiere last summer but was delayed by the coronavirus pandemic.

The movie is directed by Kotaro Tamura (Noragami) for studio BONES. Script is written by Sayaka Kuwamura (Strobe Edge), with original character designs by Nao Emoto (O Maidens in Your Savage Season) and animation adaptation of said designs by Haruko Iizuka (Children of the Whales). Concept design is done by Ioundraw (I want to eat your pancreas), and Evan Call (Violet Evergarden) is in charge of music composition.

The film debuted at the Tokyo International Film Festival (TIFF), which was held from October 31 to November 9.

Josee, the Tiger, and the Fish was adapted from a 1985 short story by Seiko Tanabe and was published in a collection of short stories of the same title. Anime News Network describes the story as such:

“The film’s story centers on the relationship between Tsuneo and Josee. Tsuneo is a university student, and Josee is a young girl who has rarely gone out of the house by herself due to her being unable to walk. The two meet when Tsuneo finds Josee’s grandmother taking her out for a morning walk.”

Tanabe’s short story also inspired a manga adaptation that ran from January to October this year. The manga was drawn by Emoto, character designer for the film and also known for their work in O Maidens in Your Savage Season manga.