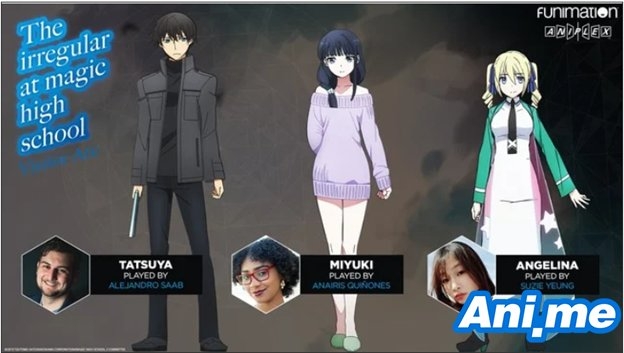 Last Friday, Funimation revealed the English dub cast of the ongoing second season of Irregular at Magic High School.  They are:

The series’ second season premiered in Japan last October 4. The series was originally set for a July premiere, but was unfortunately delayed due the COVID-19 pandemic. The new season is adapting the Visitor arc (Raihousha-hen) or volumes 9-11 of the light novel series.