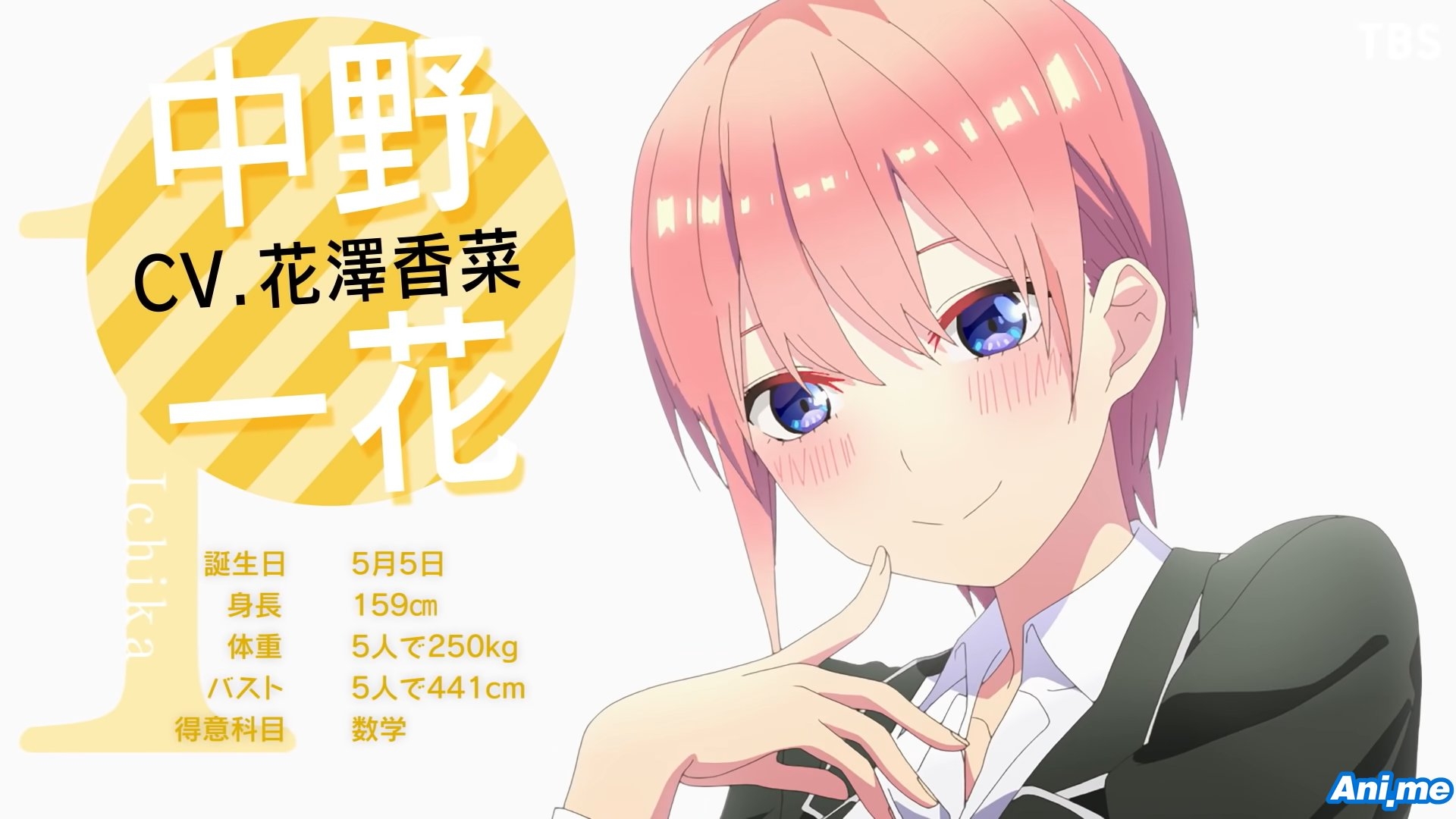 A new promo video for the upcoming second season of Quintessential Quintuplets (Gotoubun no Hanayome) was released yesterday, with the video spotlighting Ichika, the oldest of the five Nakano sisters. The promo video is the first of five character-focused promo videos for the second season, with each focusing on one Nakano quint. Check out Ichika’s here!