A trailer was also revealed for the movie, which reveals its 2021 premiere. Check out the video here!

A new visual was also revealed for the film: 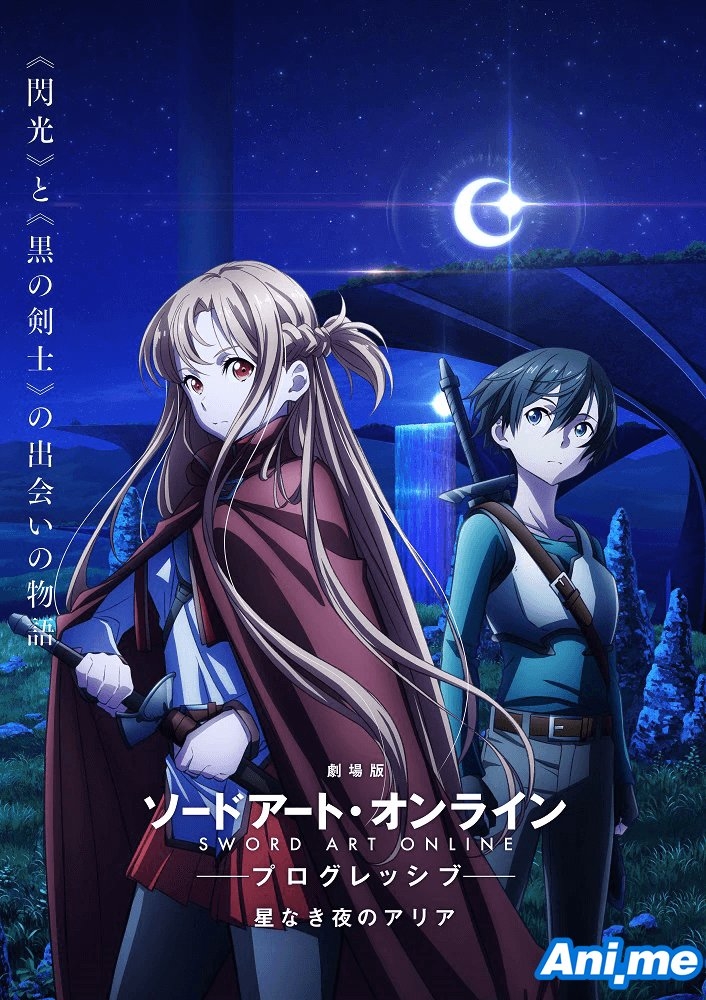 Sword Art Online: Progressive is a retelling and a soft reboot of the popular series’ original Aincrad story arc. It was first launched in October 2012 and retells Kirito’s story up the floating castle of Aincrad in a more detailed way, with the narrative focused on his journey up the castle floor by floor. The Progressive series also gives a more detailed look at Asuna’s backstory—how she started out in the virtual world and honed her skills to become the Lightning Flash—and her adventures in Aincrad as well.

Sword Art Online is a light novel series created by Reki Kawahara, with illustrations by abec. The series was first written as a web novel published in Kawahara’s website from 2002 to 2008; by 2009, the series was picked up by ASCII Media Works’ Dengeki Bunko for publication. The English release for both the light novels and the manga adaptation of the series is held by Yen Press. In 2012, the series was adapted into a TV anime series by A1 Pictures, enjoying widespread success that the series received two more seasons: Sword Art Online II and the latest, Sword Art Online: Alicization.