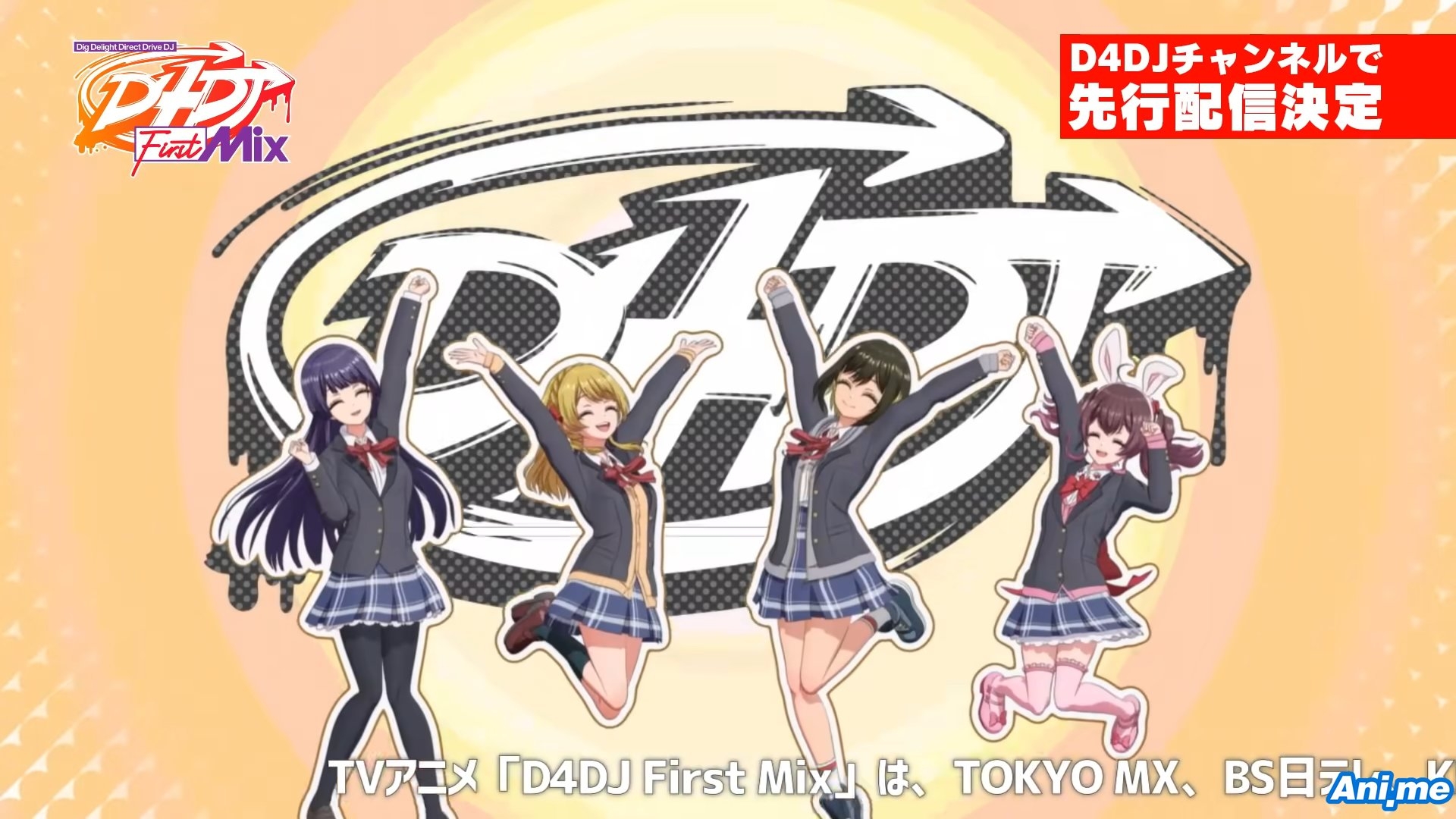 A fun two-minute opening movie was just released on the official Youtube channel of Bushiroad’s newest mixed-media project D4DJ! The release of the OP movie serves as promotion for the upcoming TV anime series of the franchise, entitled D4DJ First Mix. You can watch the video here!

The series’ director, the acclaimed Seiji Mizushima (Fullmetal Alchemist) tweeted the following about the opening movie:

“The OP is packed with all the fun, coolness, and cuteness that D4DJ aims for! The director of the music videos, Umezu was very interested in my idea despite his busy schedule, and he was able to brush it up! It conveys the essence of what D4DJ is all about. Personally, I love the cut of Wakewakame Night because it’s beyond my imagination.”

Crunchyroll describes the series as such:

“Having moved back to Japan from abroad, she transfers to Yoba Academy where DJing is popular. She is deeply moved by a DJ concert she sees there, and decides to form a unit of her own with Maho Akashi, Muni Ohnaruto, and Rei Togetsu. While interacting with the other DJ units like Peaky P-key and Photon Maiden, Rinku and her friends aim for the high stage!”

D4DJ is described as a “DJ-themed mixed media project” which includes live DJ performances, an anime (as mentioned above), and a smartphone game. The game, entitled D4DJ Groovy Mix, will be released for iOS and Android devices on October 25. The game was announced to be getting a global release as well. Donuts is developing the game for Bushiroad.