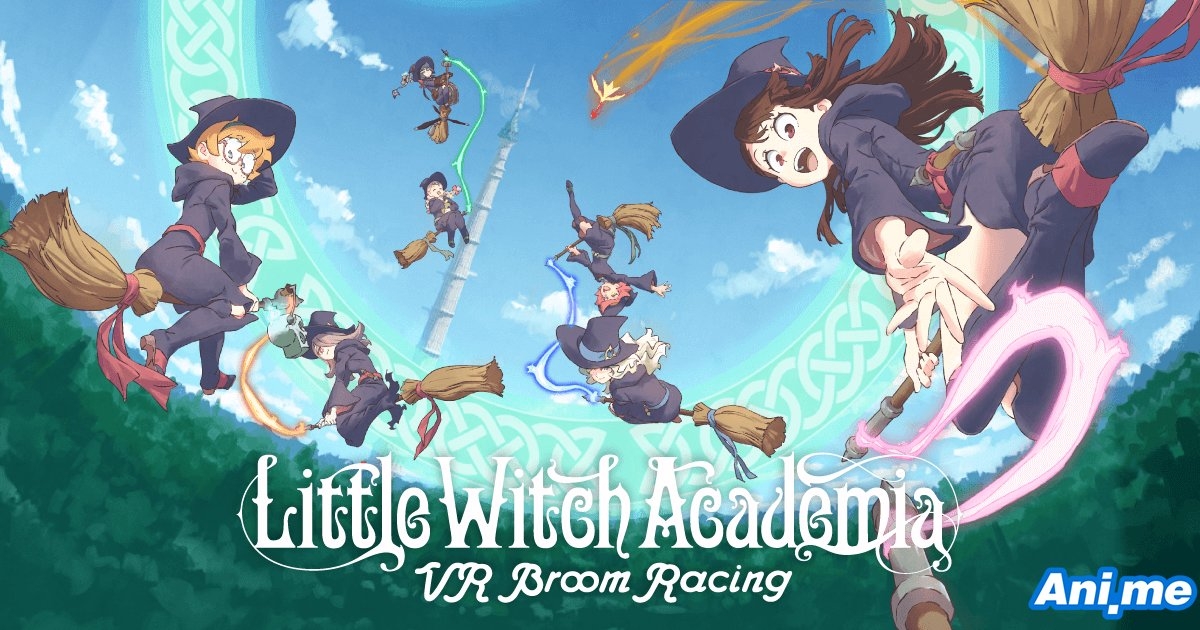 Aside from the upcoming game’s release for the Oculus Quest, it will also be available for the PSVR, Oculus Rift, and SteamVR in Early 2021.

The company originally aimed to release the game in April 2020 but released a statement that it is currently “adopting protective measures against COVID-19 has resulted in a change of plans.”

UNIVRS launched a kickstarter campaign for the game in July last year and successfully surpassed its USD $46,386 goal and raised 8,111,082 yen (about USD $76,349) at the end of its campaign.

To give you an idea of what Little Witch Acadmia VR Broom Racing is about, below shows the synopsis:

The player becomes a character in the game and can freely fly around the sky on a broom and race using magic. This VR game uses UNIVRS's unique anti-motion sickness technology (patent pending) to greatly reduce the VR motion sickness that has limited VR games up until now. This game will be an amazing flying experience that will make the player truly feel like they're flying!

The theme song for the game will be performed by YURIKA. Yuiko Ohara contributed the game’s theem song.

The Little Witch Academia anime series premiered in Japan on January 2017 aired until June 2017 for a total of 25 episodes. The anime is also available for streaming on Netflix. The first 13 episodes debuted on the platform outside of Japan in June 2017, then the later episodes was then released on August 2017.

About Little Witch Academia (As Described by MAL)

"A believing heart is your magic!"—these were the words that Atsuko "Akko" Kagari's idol, the renowned witch Shiny Chariot, said to her during a magic performance years ago. Since then, Akko has lived by these words and aspired to be a witch just like Shiny Chariot, one that can make people smile. Hence, even her non-magical background does not stop her from enrolling in Luna Nova Magical Academy.

However, when an excited Akko finally sets off to her new school, the trip there is anything but smooth. After her perilous journey, she befriends the shy Lotte Yansson and the sarcastic Sucy Manbavaran. To her utmost delight, she also discovers Chariot's wand, the Shiny Rod, which she takes as her own. Unfortunately, her time at Luna Nova will prove to more challenging than Akko could ever believe. She absolutely refuses to stay inferior to the rest of her peers, especially to her self-proclaimed rival, the beautiful and gifted Diana Cavendish, so she relies on her determination to compensate for her reckless behavior and ineptitude in magic.

In a time when wizardry is on the decline, Little Witch Academia follows the magical escapades of Akko and her friends as they learn the true meaning of being a witch.