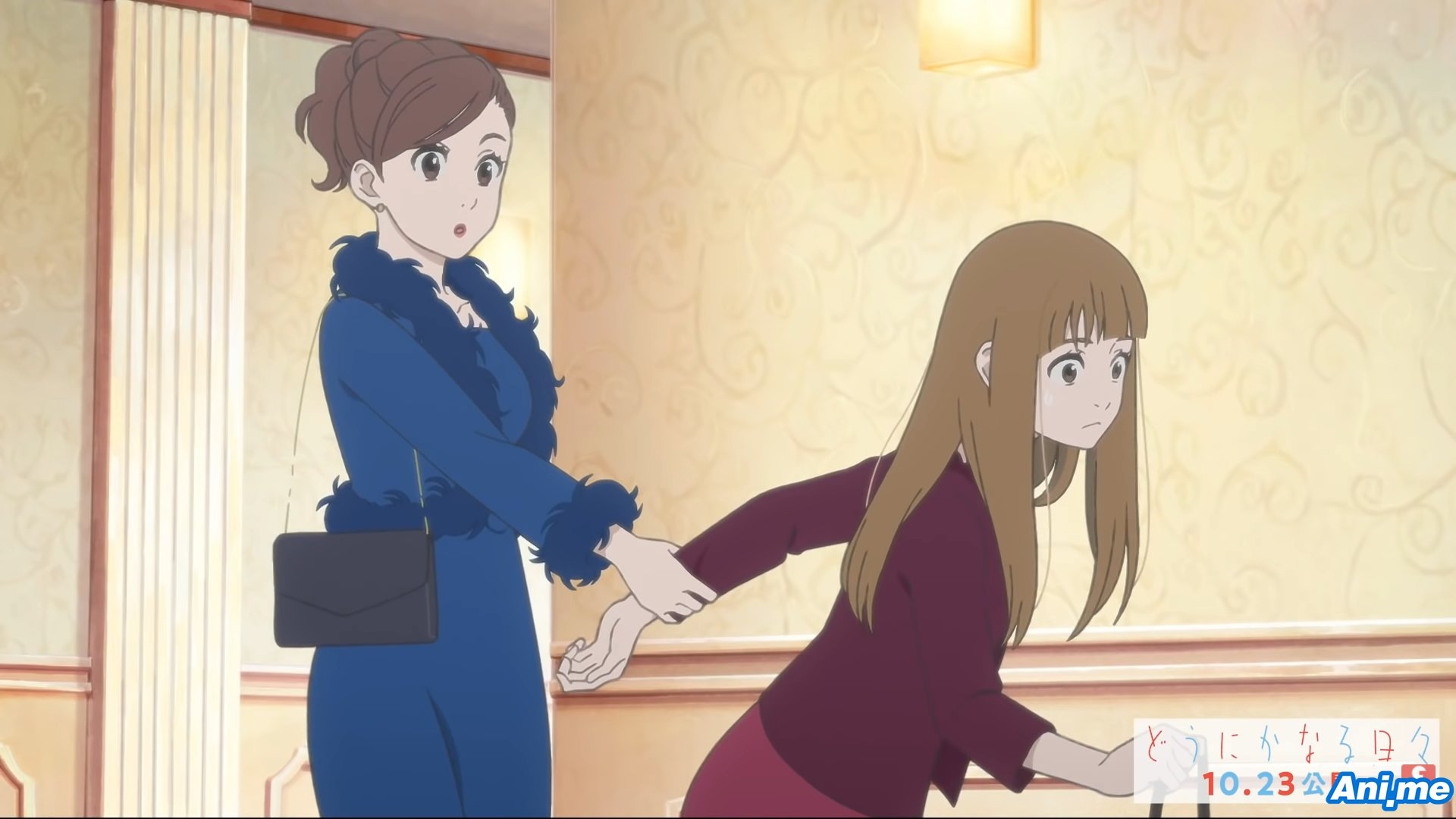 After much delay, the anime film adaptation of Takako Shimura’s short story manga collection Happy-Go-Lucky Days (Dounika Naru Hibi) is now just 10 days from its release! To celebrate the upcoming premiere as well as to promote the film, Cinema Today released the first 8 minutes of the film. The video is introduces the Ecchan to Aya-san short story, one of the four featured stories in the film. Check out the video here!

The first episode, Ecchan to Aya-san, is described in the movie’s official website as such:

“Yuri, a girl who used to be popular among same-sex peers, has ended up marrying a man. One of her friends who attended her wedding was Ecchan (Kana Hanazawa), her girlfriend at high school, and Aya-san (Mikako Komatsu), her girlfriend at junior college. At their ex-girlfriend’s wedding, the heartbroken two are attracted to each other.”

The second episode, entitled Sawa-sensei to Yagasaki-kun, stars Takahiro Sakurai as Sawa-sensei, a teacher who is put on the spot by a confession from his student played by Seiichiro Yamashita (as Yagasaki-kun). Episodes 3 and 4, Shin-chan to Sayoko and Mika-chan to Shin-chan, revolve around Shin-chan (Ibuki Kido), Mika-chan (Kaori Ishihara), and Sayoko (Ai Fairouz) and the story of childhood friends and the widening gap between them as they grow older.

Happy-Go-Lucky Days is scheduled for an October 23 premiere. The film was supposed to open on May 8 but was delayed due to the ongoing COVID-19 pandemic.

The anime film is directed by Takuya Sato, who also directed the OVA adaptations of yuri titles Kase-san and Morning Glories as well Fragtime. Koji Aritomi (Naruto Shippuden) serves as technical director. Director Sato, Yasunori Ide (Leviathan: The Last Defense), and Yoriko Tomita (As Miss Beelzebub Likes) co-wrote the script. Character design is done by Haruka Sagawa (Sorcery in the Big City), with Yukihiro Saito as art director. The anime film is produced by LIDEN FILMS Kyoto Studio, with distribution to be handled by Pony Canyon.

The Happy-Go-Lucky Days manga is a collection of stories that revolve around everyday life and ordinary love, be it sweet or painful. The manga was published from 2002 to 2004 and was serialized in Ohta Publishing’s Manga Erotics F.