The demand for Demon Slayer movie tickets in Japan is as hot as Rengoku’s flames! On the midnight of October 13, advanced online reservations for tickets to Demon Slayer The Movie: Mugen Train (Kimetsu no Yaiba: Mugen Ressha-hen) opened and (unsurprisingly?) cinema websites crashed due to the sheer number of people trying to reserve tickets. Because of this, the keywords “TOHO” (referring to the biggest cinema chain in Japan), “AEON Cinema”, as well as the phrase “All movie theaters” topped Twitter trend lists in Japan last midnight, with users scrambling to know how to reserve tickets or simply trying to find an explanation to the online mess. 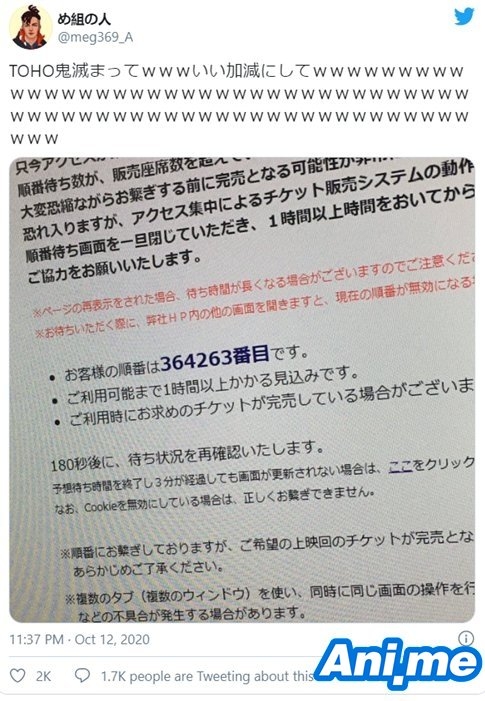 Perhaps adding to the huge demand for tickets were the earlier-announced early purchase benefits: moviegoers get to receive a special 84-page manga that tells the story of Flame Hashira Rengoku’s first mission, along with a special coloring sheet drawn by creator Koyoharu Gotoge.

The film is set for an October 16 release in Japan.