The kids of Grace Field House are slowly coming to life in live-action form with the release of the first full trailer for the live-action film adaptation of The Promised Neverland! Besides offering a sneak peek of some memorable scenes in live-action form, the trailer also previews the movie’s theme song Tadashiku  Narenai (It Can’t Be Right) by Japanese rock band Zutto Mayonaka de Iinoni (Zutomayo). Check out the full trailer here!

A new visual was also revealed for the film. The manga’s illustrator, Posuka Demizu, drew a manga version of the poster: 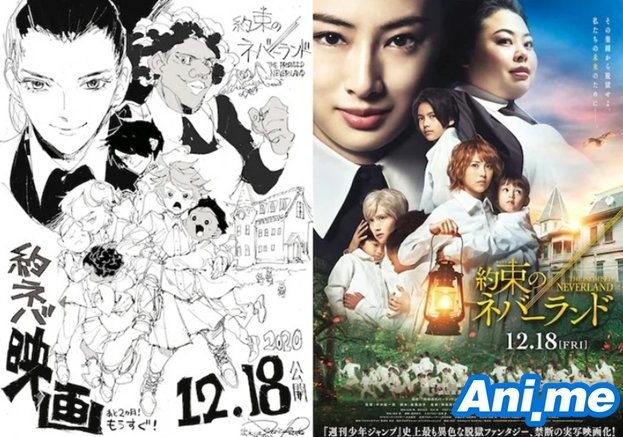 The Promised Neverland is a manga series written by Kaiu Shirai and illustrated by Posuka Demizu, which is being serialized in Weekly Shonen Jump since August 2016. An anime adaptation of the series was first announced in 2018 and aired from January to March 2019 in Fuji TV’s late-night Noitamina anime block. The 12-episode anime series was animated by CloverWorks and directed by Mamoru Kanbe, with series composition by Toshiya Ono, character designs by Kazuaki Shimada, and music by Takahiro Obata. A second season was announced on the anime’s last episode last year.