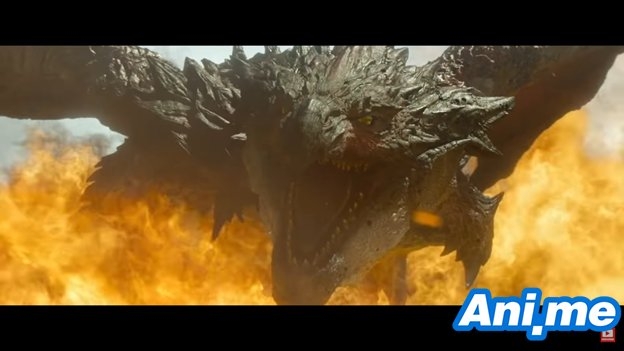 A panel at the recently-concluded New York Comic Con Metaverse held online revealed a short trailer for the Hollywood live-action film adaptation of popular video game Monster Hunter. The trailer is revealed by director Paul W.S. Anderson in the 42:08 mark in the video here.

Anderson also talks about how he approached CAPCOM 10 years ago with the idea of creating a movie about the popular video game. He also mentioned that he is approaching the film not just as a director and writer, but also as a “long-term player and fan” of Monster Hunter.

A Deadline article from July 2020 posits that the delay could have been brought about by the concurrent release of A Quiet Place 2 on the same date, as well as the COVID-19 pandemic delaying August releases to fall of this year.

The film started production around October 2019 and wrapped up last December 2020. The film was shot in Namibia as well as parts of Cape Town in South Africa. The film’s budget is projected to be at USD60 million.

Screen Gems describes the film’s story as such:

“Behind our world, there is another: a world of dangerous and powerful monsters that rule their domain with deadly ferocity. When Lt. Artemis (Milla Jovovich) and her loyal soldiers are transported from our world to the new world, the unflappable lieutenant receives the shock of her life. In her desperate battle for survival against enormous enemies with incredible powers and unstoppable, revolting attacks, Artemis will team up with a mysterious man who has found a way to fight back.”

The film is directed and written by Paul W.S. Anderson, who has conceived the idea of a live-action Monster Hunter film since 2012.