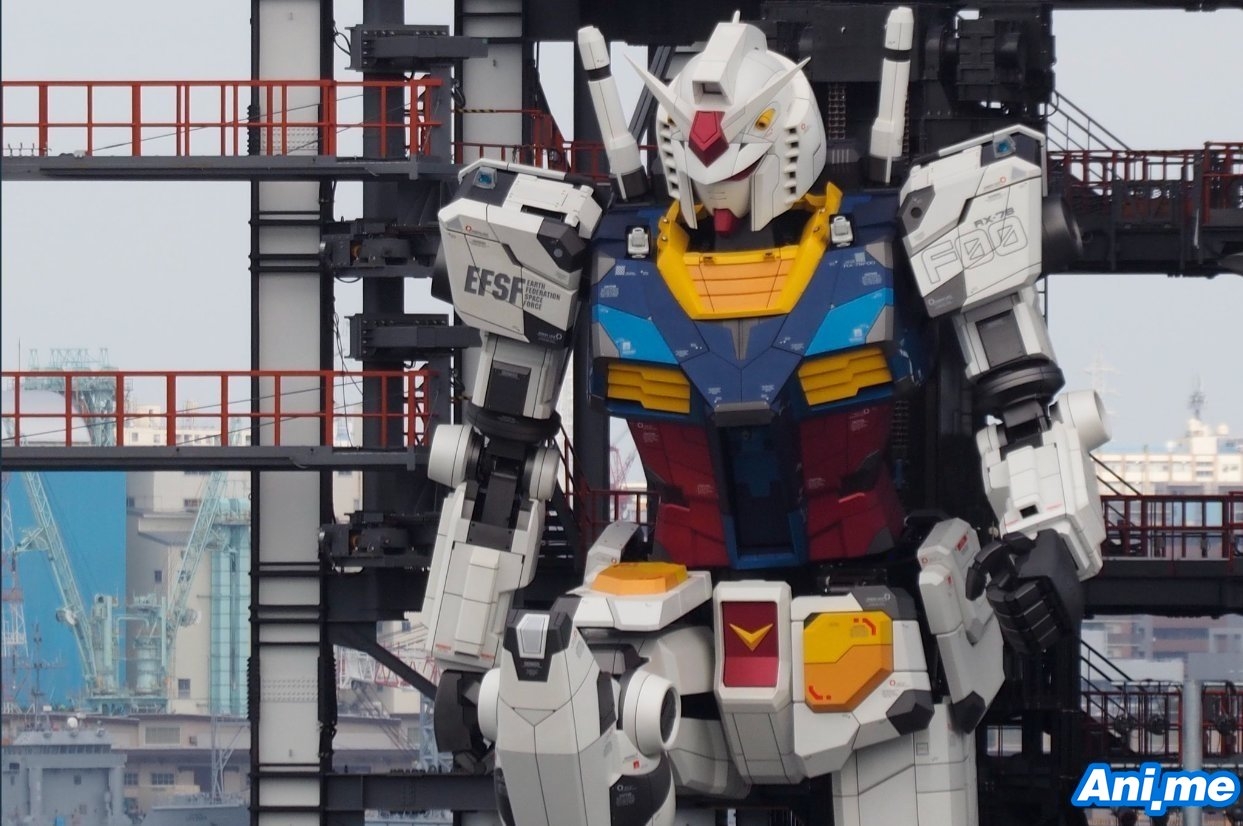 The future is definitely now, as the time has come for us to finally see a real-life moving Gundam! A Japanese Gundam fan with the Twitter handle @yoshi115t has posted a thread consisting of several pictures and a video of what appears to be a test run for the life-sized Gundam in Yokohama. In the video, the 59-foot Gundam can be seen doing simple actions such as sitting, walking, and crouching. You can watch the Gundam in action in the Twitter thread here!

The 59-foot life-sized Gundam was planned to be unveiled in Yokohama this year but was delayed by the COVID-19 pandemic. Sunrise collaborated with robotics companies Yaskawa Electric Corp. and Asratec Corp. to make the life-sized moving Gundam possible.

Sunrise earlier revealed that their “Life-Size Gundam Statue” Project will be expanding overseas, with Shanghai, China to be the first place outside of Japan to be getting its own life-sized Gundam statue. The city will be getting an 18.03-meter-tall (about 59 feet) ZGMF-X10A Freedom Gundam, the mecha piloted by Kira Yamato in the popular 2002 Gundam series Mobile Suit Gundam SEED.

The first life-sized Gundam statue, the RX-78-2, debuted last 2009 in Tokyo’s Odaiba waterfront and became a popular tourist attraction. In 2017, the classic Gundam was replaced by the RX-0 Unicorn Gundam from the Mobile Suit Gundam Unicorn series. The Unicorn Gundam statue was known for being able to light up and move various panels to “transform” between its two modes, Unicorn and Destroy.

The Gundam franchise began with the Mobile Suit Gundam series, which was first released in 1979. The first series, set in the futuristic Universal Century era, is centered on the war between the Principality of Zeon and the Earth Federation. The Universal Century era, eventually referred to simply as “UC”, was adapted into subsequent Gundam series as the fictional universe’s timeline. While it initially performed dismally in terms of TV ratings, the franchise acquired massive popularity largely thanks to the release of Bandai’s Gunpla models, which were based on the mecha featured in the Mobile Suit Gundam series. Reruns over the next few years and a theatrical release of the anime ultimately led to the success of the Gundam franchise, thus revolutionizing the giant robot genre. Since its inception, the franchise has spawned several series, movies, and Gunpla model sales are still going strong.