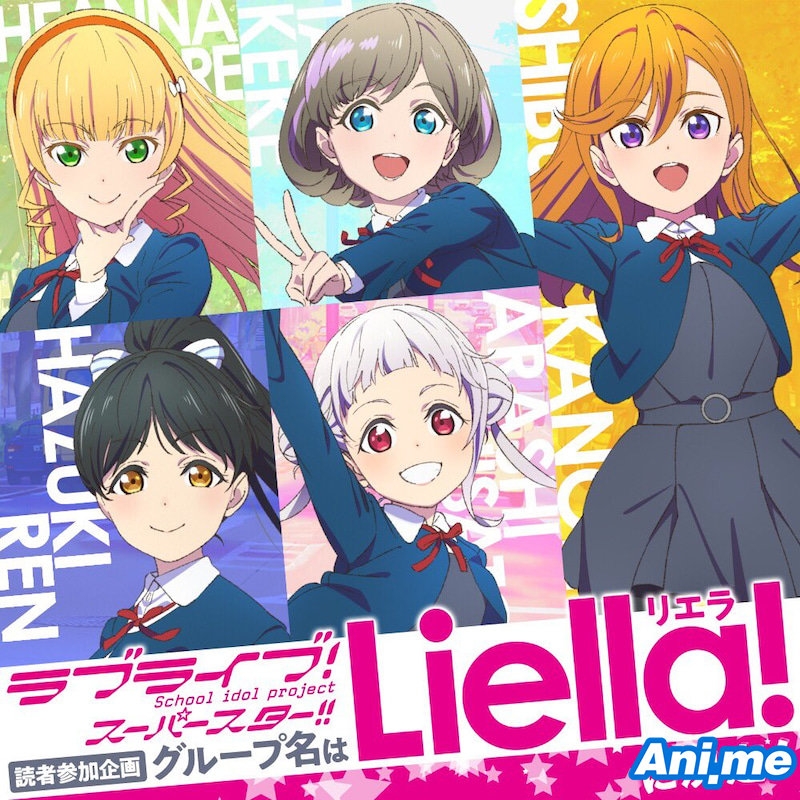 The newest generation of Love Live! is slowly coming to fruition, as the 2.5D idol franchise juggernaut has announced the name of their newest group! According to the franchise’s official Twitter account, the name of the new group is “Liella”. Liella is one of the hundreds of names fans submitted for the new group, and it was the name that won the most number of fan votes among the 16 shortlisted names. This was the practice employed for previous Love Live! generations as well.

The name was submitted by a fan with user name “Tora-san” who explains that the name is a combination of the French words “lier” (to attach, connect, join) and “brillante” (brilliance). Tora-san further explains that the “lier” came from the name of the school the five main characters attend, Yuigaoka Girls’ High School (the kanji used for “yui” means “to connect”). The name is supposed to convey the unit’s inner brilliance even though they are still small stars, and they must connect with each other to become “superstars”.

“Yuigaoka Girls High School is a newly established school that lies between the Omotesando, Harajuku, and Aoyama neighborhoods of Tokyo. The story centers on its first batch of students. With no history, no upperclassmen or alumni, and no reputation, it is a school full of unknowns.

Five girls, among them Kanon Shibuya, have a fateful encounter with school idols. Kanon decides, “I love singing. I want to make something come true with song!” Many feelings converge upon a star that has only started to grow. The future is blank and full of possibility for these girls, and their story that everyone will make possible has only just begun. Soar with your wings, our Love Live!”