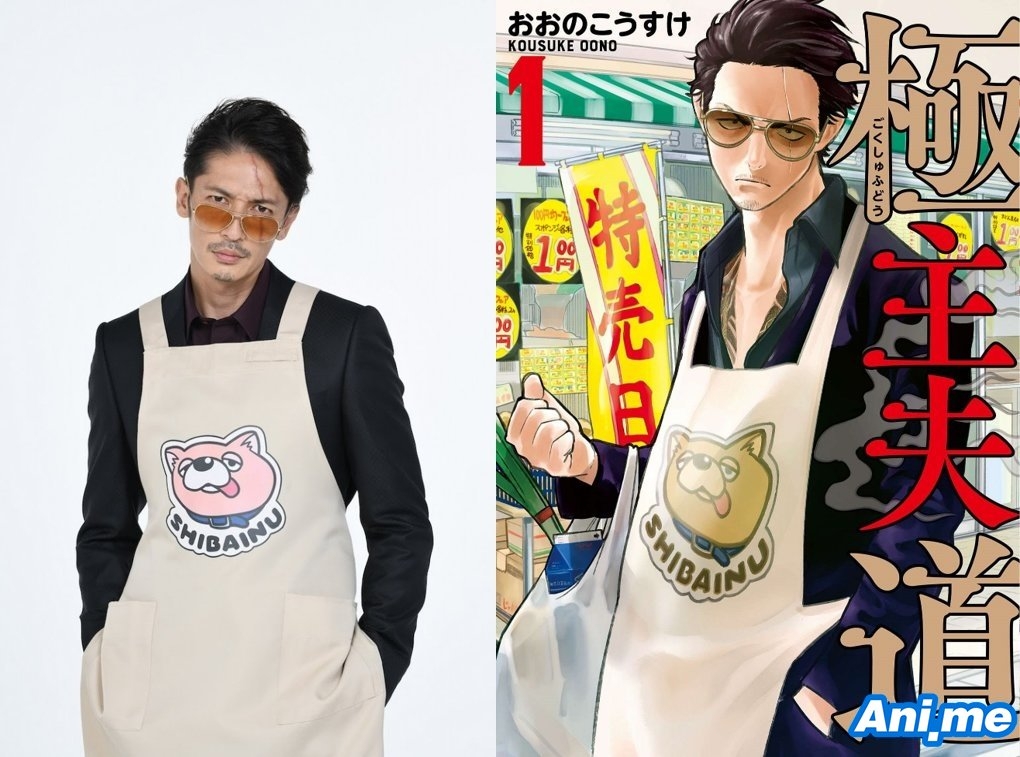 Hiroshi Tamaki is playing main character Tatsu, who decided to retire from the yakuza life to support his career woman wife Miku (played by Haruna Kawaguchi). Jun Shison will play Masa, one of Tatsu’s underlings in his former yakuza gang.

The other cast are:

Way of the Househusband is set for an October 11 premiere in Japan. The series is directed by Toichirou Rutou, among other yet-unnamed directors. Uda Manabu is the first scriptwriter to be named for the TV series.

Anime News Network describes Way of the House Husband’s story as such:

“The Way of the Househusband follows a retired yakuza member known as “Immortal Tatsu” who is living out his post-crime career as a househusband. He still manages to find his way into trouble from time to time, except it’s in the grocery aisle instead of some back alley.”

The manga series was launched on Shinchosha’s Kurage Bunch website on February 2018, with the same company publishing the manga’s compiled volumes. So far, five volumes have been released for the series. Viz Media holds the English license rights to the manga, with the 4th volume already out this Tuesday.

The Way of the Househusband is a huge success in Japan, with over 1.2 million copies in print as of December 2019. It also enjoys critical acclaim abroad, having won the Best Humor Publication category at this year’s Will Eisner Comic Industry Awards.