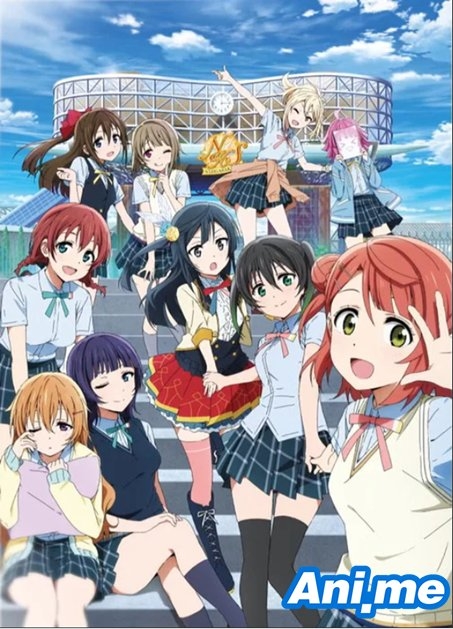 Except for Hinako Yano, the voice actresses for the Nijigasaki girls also perform as their characters during concerts and Love Live! events.

The staff for the upcoming Nijigasaki anime have been revealed in a previous announcement. Tomoyuki Kawamura (Good Luck Girl!, Mitsuboshi Colors) will be directing the series, with Jin Tanaka (Laid-Back Camp, Cinderella Nine) in charge of scripts. Takumi Yokota (Mitsuboshi Colors) is in charge of character design. Hajime Yatate, the collective pseudonym for Sunrise’s staff, are credited with original work while Sakurako Kimino (Strawberry Panic) is credited with the original concept. The series will be animated by Sunrise.

Love Live! is a multimedia project co-developed by ASCII Media Works’ Dengeki G’s Magazine, music label Lantis, and animation studio Sunrise. The project has encompassed several media including anime, manga, live concerts, and smartphone games. It was launched in 2010 with μ‘s as its faces. The project was adapted into an anime series in 2013, with a second season following in 2014. The project and the group μ’s proved to be a massive commercial success, topping CD sales in Japan and selling out concerts in venues as big as Tokyo Dome. μ’s success paved the way for the franchise’s next generation of idols, Aqours, and its latest generation, the Nijigasaki High School Idol Club, which was launched in 2018 as part of the franchise’s Perfect Dream Project.  They first made their appearance in the Love Live! School Idol Festival smartphone game.