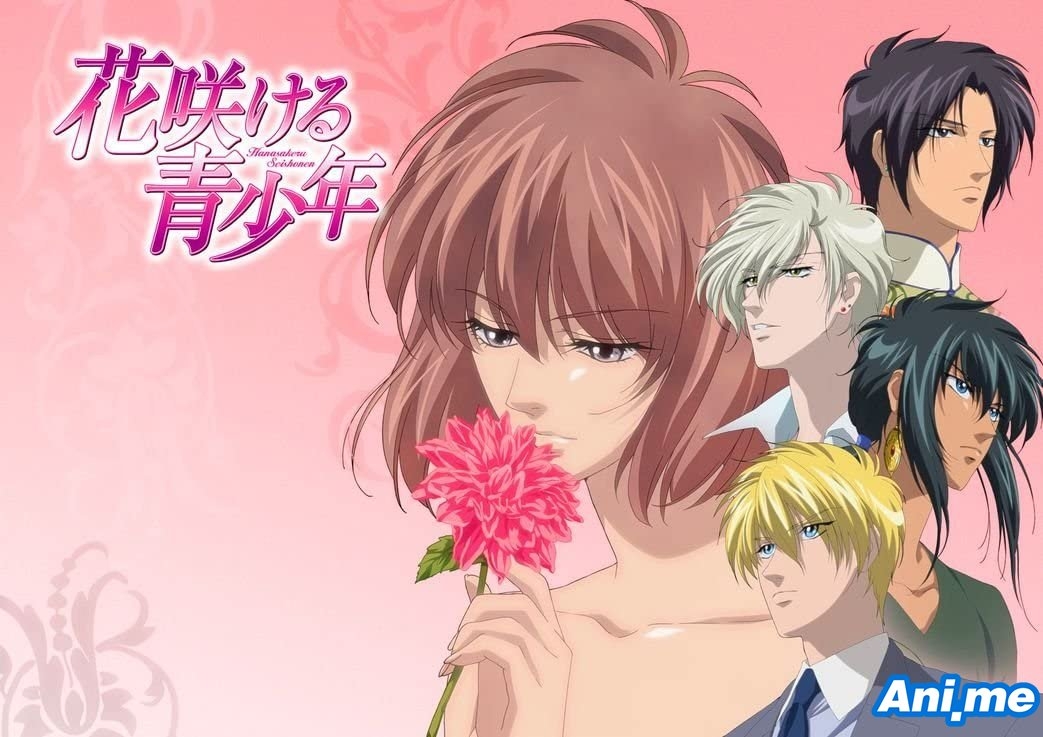 Aside from the mentioned three titles, the company has also acquired license to release Dancouga on Blu-ray in original Japanese language with English subtitles. The said release will have all the 38 episodes including the following OVAs Dancougar: Requiem for Victims and Dancougar: Blazing Epilogue.

About Lupin III: The Secret of Twilight

A dying mob boss entrusts Lupin with a diamond that supposedly is the key to a vast treasure. But when Lupin is attacked by an assassin and saves a mysterious girl from trouble, it becomes clear that that there’s more to this treasure then meets the eye…

Ten years ago, a fairy by the name of Daisy appeared and asked the child Eiji Hoshimiya what his one and only wish was. Although his wish remains a mystery, the consequences were catastrophic. In an event called the “Great Destruction,” the world started to fall apart as everything collapsed and countless people died.

Now, Eiji is a high school student whose only concern is his sick sister. He does not remember what he wished for; all that he remembers is that his wish caused the Great Destruction. In the years since that event, thousands of other people have also received abilities to make their heart’s desire come true. These people called “Orders” are believed to be evil and are hated by the general public. However, some of these Orders are after Eiji’s life in vengeance for those that he killed. Will Eiji be able to survive the numerous assassination attempts? And the biggest mystery of all: what did he wish for, and what were his intentions in wishing for something that caused so much desolation?

Kajika Louisa Kugami Burnsworth is the only daughter of Harry Burnsworth, an influential and respected industrialist who has the power to move the world. There was a threat on Kajika’s life when she was just two years old, and her mother died protecting her. After this tragic incident, Harry sent his only child to an isolated island, Giviolle, where she was raised by the island’s native, Maria. Kajika’s companions during her time there include a white leopard named Mustafa and a boy named Li Ren Fang, who visited her two or three times a year.

Kajika, now fourteen, returns to her father’s side, only to be told to begin a game to find her future husband. Harry makes sure that Kajika willingly participates in this game by telling her that she needs to face the harshness of her fate along with the man she chooses to be her husband. She needs to decide among the three candidates that Harry has personally chosen, but it won’t be easy. Kajika must figure out who they are and where they are without any information to go on except that they all possess an irresistible brilliance and charm. All the while, the men aren’t even aware that they are the chosen ones. Kajika must also choose wisely, as her partner has to willingly accept her to be his bride.

Hansakeru Seishounen revolves around endearing love, intense passion, noble friendship, undying loyalty, family relations, and political intrigue. The heaviness of Kajika’s fate is real, the threat on Kajika’s life is inevitable, and the husband game is more than just a mere game. Harry needs to find a suitable partner to protect his daughter before someone discovers Kajika’s deep secret—a secret even she is unaware of.

Emperor Muge Zarbados and his Empire of Death decide that their next conquest will be the faraway planet of Earth. Muge becomes even more fearsome because of Shapiro Keats, a power-hungry Earthling-turned-traitor. It’s up to Shinobu, Sara (Shapiro’s old girldfriend), Masato, and Ryo of the Jyusenkitai/Cyber Beast Force to pilot the four Jyusenki/Beast Mecha (Eagle Fighter, Land Cougar, Land Liger, and Big Moth [a mammoth mecha]), which can combine into the giant mech Dancougar.

Source: ANN (with synopsis by MAL and ANN)