After two delays, the much-anticipated Violet Evergarden movie is now just more than a week away from its cinematic release. In celebration of the movie finally getting released soon, Kyoto Animation has released anime backgrounds from the series that fans can use for their virtual meetings. Check out the samples below! 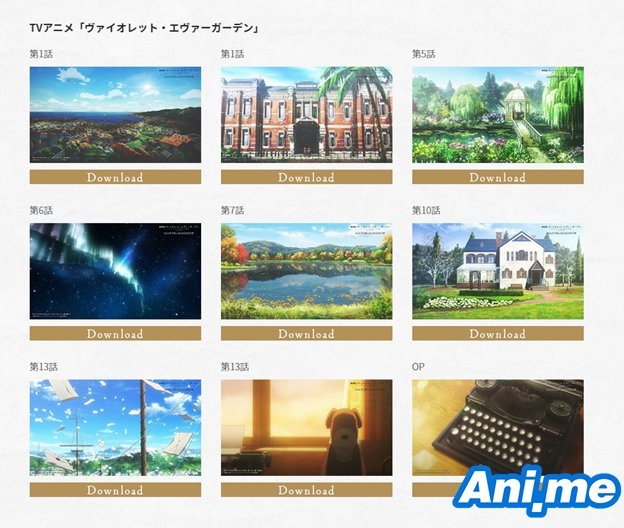 The series’ official website also released a special commentary from the Violet Evergarden light novel author Kana Akatsuki. Their message is translated as such by Crunchyroll News as such:

“The time has come for the big journey to start at last.

The blue-eyed girl is ahead of us with her travel bag and frilly umbrella.

Is our guest well prepared?

The work of art is finally complete when it reaches the guest, but it is not merely the end, it is just the beginning. Someone might have their chest tighten by the tale. That’s right, it could be you, you could pass on the tale to another, like a bard, letting the creators’ love, passion, and even their breath be engraved on the world.

If it’s okay with you, please make it all “eternal.”

I wish you well on this journey.”

The film is set for a September 18 release in Japan.