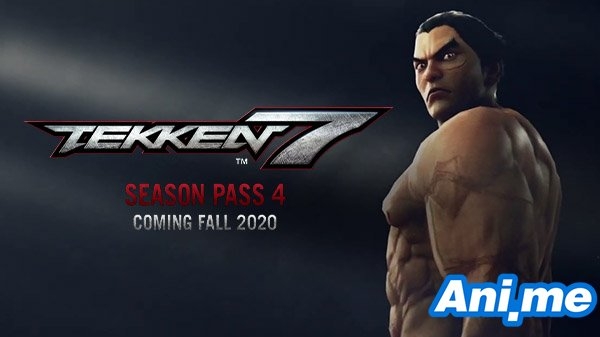 The fourth Season Pass of TEKKEN 7 will have battle balance updates, as well new moves for the game characters, Tekken Prowess, and online play enhancements. The game is currently available for Xbox One, PC via Steam, and PlayStation 4.

The first season pass for Tekken was released in November 2017 in which SNK Fatal Fury and King of Fighters’ Geese Howard was added as a playable character. In March 2018, Final Fantasy XV’s Noctis Lucis Caelum was added in the March 2018 update.

Tekken 7 was unveiled by Tekken director, Katsuhiro Harada on July 13, 2014, during EVO 2014. He first revealed the trailer and unveiled a new logo for the series. It began when Harada found out the title was leaked online.

The game wasn’t originally to have been unveiled so soon, but the announcement was brought forward due to the leak. Along with the confirmed development of Tekken X Street Fighter, an extended launch trailer, character design details, and other info regarding the game was revealed during their fighting panel at San Diego Comic-Con on July 25th, 2014.

Tekken 7 makes use of the Unreal Engine 4 game engine which will allow the game to be developed for multiple platforms. Bandai Namco was unable to show the gameplay system at the SDCC at the time due to it still being worked for. It was stated by Harada that the arcade release of Tekken 7 would have network features very similar to Tekken Tag Tournament 2.

Tekken 7 had an arcade version in Japan on October 3rd, 4th, and 5th. It has also two new systems.

About TEKKEN 7 (As described by Bandai Namco Entertainment America)

The Best Fights Are Personal

Raise your fists and get ready for the ultimate battle on the next generation of home consoles. Powered by the Unreal Engine 4, the storied fighting franchise returns for another round in Tekken 7.

With the faithful 3D battle system and gameplay intact, Tekken 7 takes the franchise to the next level with photo-realistic graphics and new and innovative features and fighting mechanics. Select characters from an impressive roster of fan-favorites and new faces, each with a distinct set of deadly techniques, martial arts moves and combos.

Tekken 7 represents the final chapter of the 20-year-long Mishima feud. Unveil the epic ending to the emotionally charged family warfare between the members of the Mishima Clan as they struggle to settle old scores and wrestle for control of a global empire, putting the balance of the world in peril.

Tekken 7 resurrects the attitude, competitiveness and showmanship rooted in its arcade DNA to provide the ultimate competitive fighting game experience. Who will take the throne at the last King of the Iron Fist Tournament?

After the events of Tekken 6, the war between the Mishima Zaibatsu and G Corporation still continues along with the disappearance of Jin Kazama. Meanwhile, a investigative journalist who lost his wife and son during the war that Jin started (and whom also narrates throughout part of the game) begins narrating about the Mishima Zaibatsu and G Corporation.

40 years ago, Kazuya Mishima is shown fighting his father, Heihachi Mishima when suddenly he is violently kicked away by Heihachi. Kazuya is enraged because Heihachi killed his mother Kazumi Mishima. Heihachi beats Kazuya and throws him off the cliff, setting the Tekken games in motion.