“Wotakoi: Love is Hard for Otaku” Gets New OVA Episode

Missing our favorite otaku gang? Fret not, as publisher Ichijinsha has announced that a new OVA (original video animation) episode will be released for Fujita’s Wotakoi: Love is Hard for Otaku (Otaku ni Koi Wa Muzukashii) manga! The OVA will come bundled with a limited edition of the manga’s 10th volume, which will be released in 2021.

The OVA episode will focus on Hirotaka’s younger brother Naoya and his friend Kou Sakuragi, the socially anxious gamer.

The 1st OVA episode for Wotakoi was released last March 2019, along with the manga’s seventh volume. A preview of the 1st OVA shows that it centered on the beginnings of tsundere couple Kabakura Tarou and Koyanagi Hanako. The two first met during their high school years as captain of the men’s and women’s volleyball team, which usually caused them to clash with each other.

In the volume cover of volume 9, it seems that the forever-bickering couple will indeed still be bickering forever, as both are shown getting married to each other!! (See picture here)

Wotakoi was also revealed to have reached 10 million copies in circulation, and in celebration of this amazing milestone author Fujita drew a special illustration! 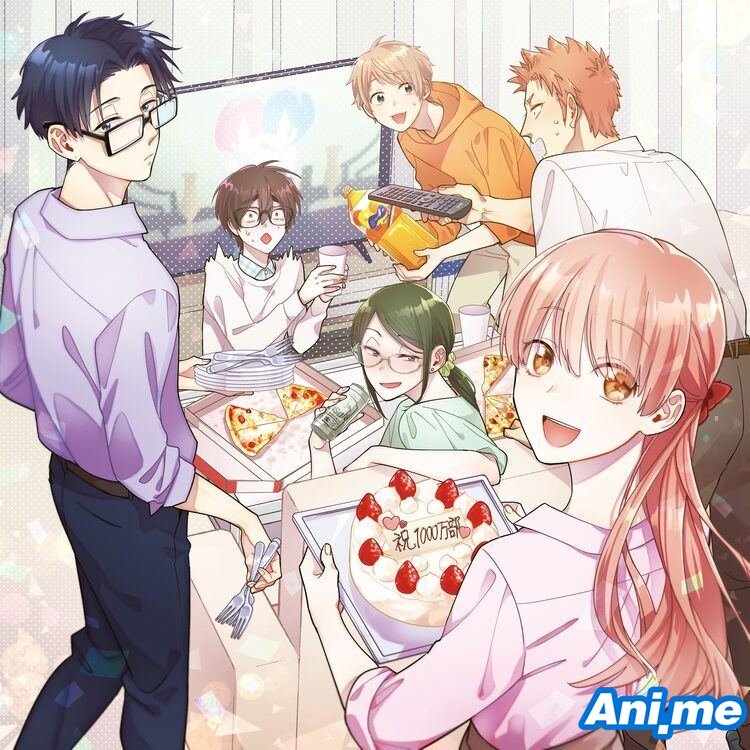 A-1 Pictures also adapted Wotakoi as an 11-episode animé series, which aired from April to June 2018. A live-action film adaptation premiered in Japan last February.