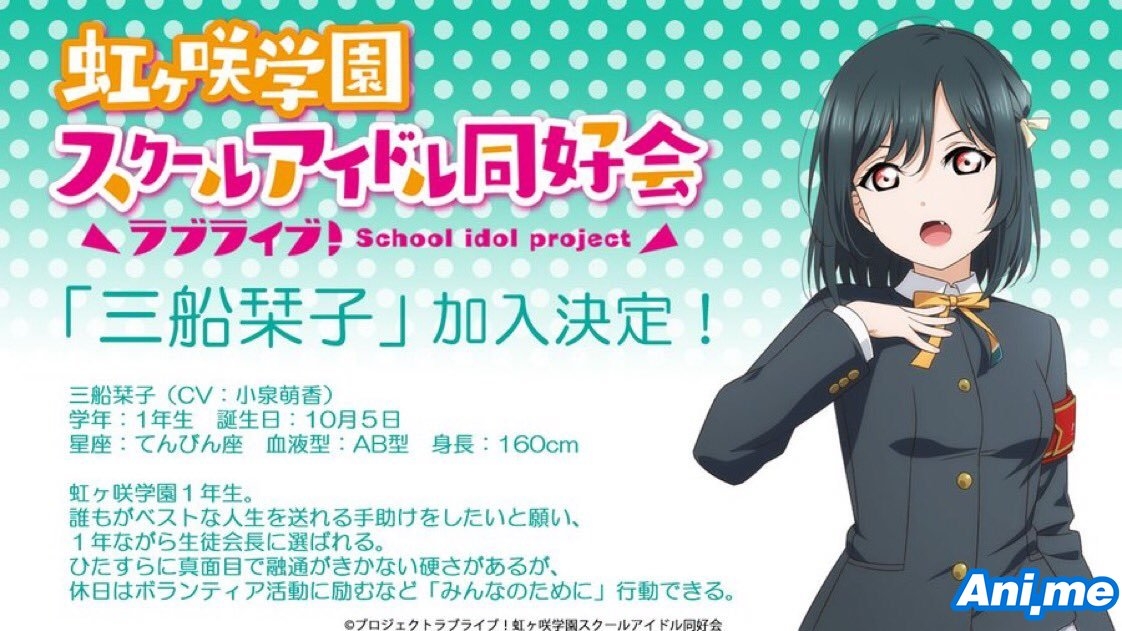 The Nijigasaki Academy School Idol Club appears to be deviating more and more from the traditional Love Live! formula: not only is their art style different from previous generations (see here for reference), it also appears that they’ll be having more members as well! This weekend, fans were surprised when the official Twitter account of the franchise announced that character Shioriko Mifune will be part of the Nijigasaki group as well.

Initially, Shioriko was just one of the characters in the Love Live! School Idol Festival ALL STARS game, introduced as a first-year student running for student council president. Similar to previous generations’ student council presidents Ayase Eli (from μ’s) and Kurosawa Dia (from Aqours), Shioriko eventually also comes to realize that being a school idol is good and decides to become one as well.

Compared to previous generations’ 9 members, Shioriko’s addition to the Nijigasaki girls now makes the total member count to 10—well, 11, if we count Yu Takasaki as a member as well. Yu is the anime equivalent of the player in Love Live! School Idol Festival ALL STARS, and it was confirmed that she will be making her appearance in the group’s upcoming TV anime series. It is not clear, however, if she is an official member of the group.

Tomoyuki Kawamura (Good Luck Girl!, Mitsuboshi Colors) will be directing the series, with Jin Tanaka (Laid-Back Camp, Cinderella Nine) in charge of scripts. Takumi Yokota (Mitsuboshi Colors) is in charge of character design. Hajime Yatate, the collective pseudonym for Sunrise’s staff, are credited with original work while Sakurako Kimino (Strawberry Panic) is credited with the original concept. The series will be animated by Sunrise.