New Visual and October 2 Premiere Revealed for “TONIKAWA: Over the Moon For You”

A new visual was recently unveiled for the upcoming newlywed-themed anime series TONIKAWA: Over the Moon For You, the TV anime series adaptation of Kenjiro Hata’s 2018 manga series Fly Me to the Moon (Tonikaku Kawaii or literally, Generally Cute). Check out the visual below, which features main couple Nasa and Tsukasa in their wedding attires! 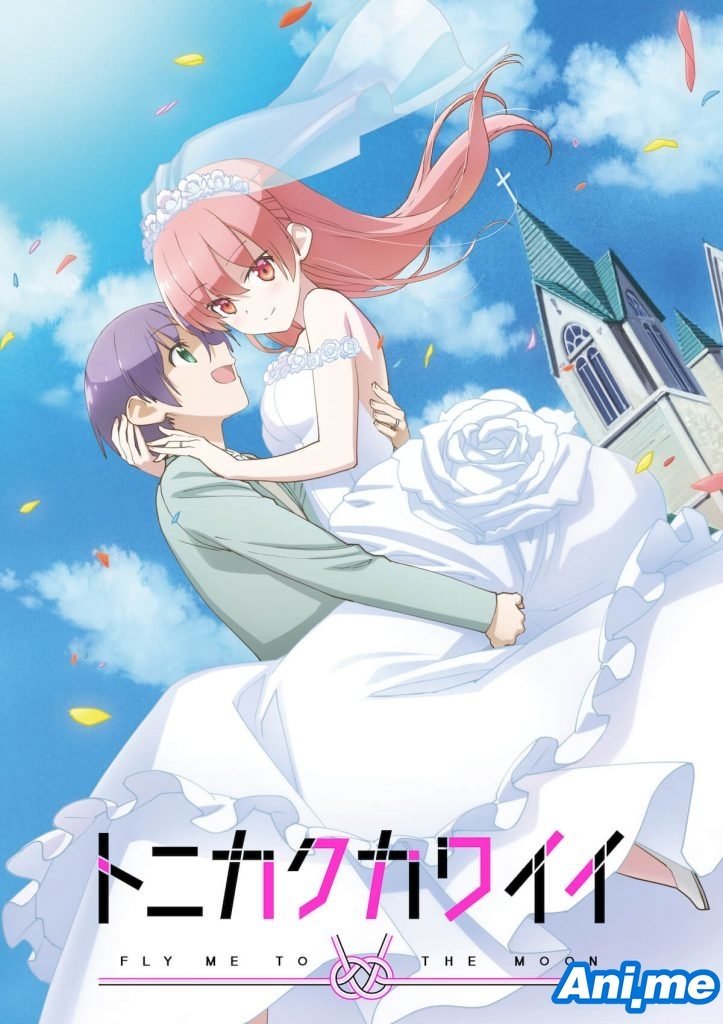 The series will be directed by Hiroshi Ikehata (Seton Academy: Welcome to the Pack), with Kazuho Hyodo (Kiratto Pri☆Chan) writing the series’ scripts. Character design will be done Masakatsu Sasaki (We Never Learn: BOKUBEN), with Goichi Iwahata in charge with props designs. Sound direction will be done by Satoshi Motoyama and “Endo” will be composing the music.

Anime News Network describes Fly Me to the Moon’s story as such:

“The comedy follows a boy named Nasa who meets a “generally cute” girl named Tsukasa on the day of his high school entrance exams, and immediately falls in love with her. Nasa confesses his feelings, but her response is that she will only go out with him if they get married. Years later, on Nasa’s 18th birthday, she suddenly appears to get married. Thus begins Nasa’s newlywed lifestyle.”

Hata’s Fly Me to the Moon manga was launched last February 2018 in Shogakukan’s Weekly Shonen Sunday. Two days before the release of the manga, author Hata himself confirmed his marriage to his Seiyu’s Life manga story collaborator, voice actress Masumi Asano.