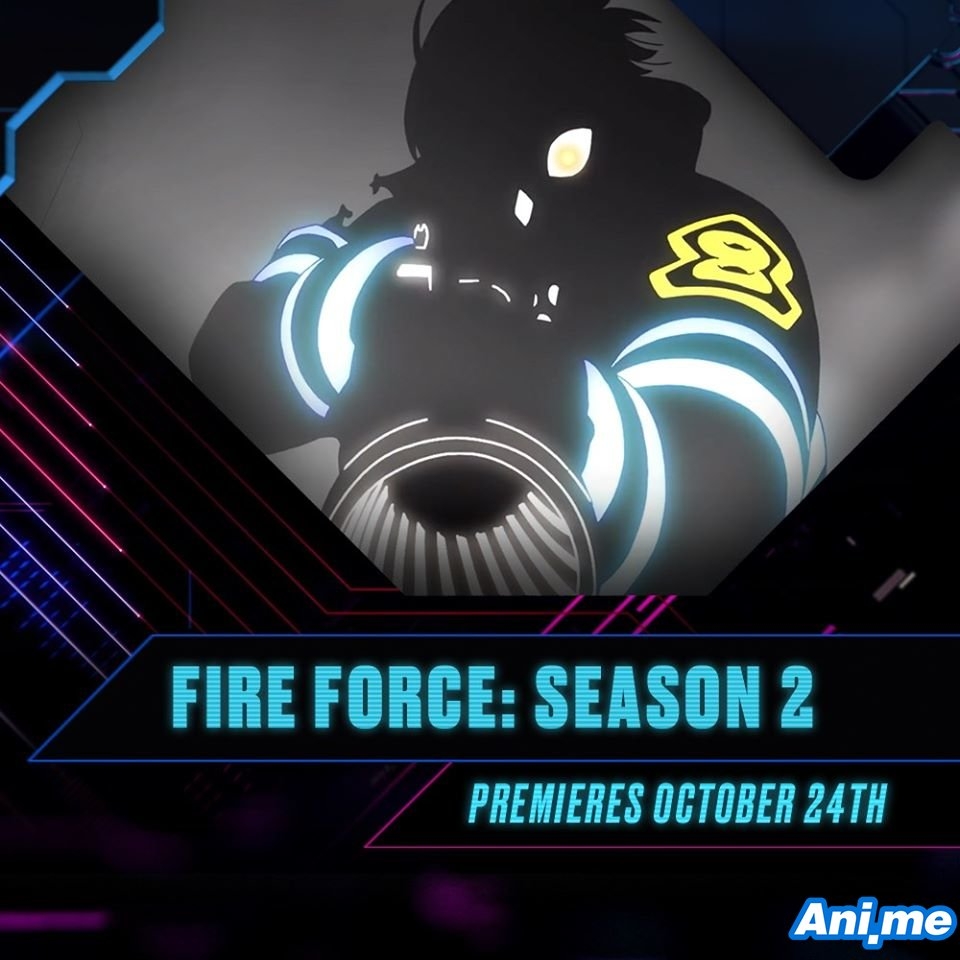 Good news to those getting their anime fix from Toonami! Adult Swim’s anime block has announced just this Monday that they will be premiering the second season of Fire Force on October 24. To get fans up to speed with the latest events in the story, Toonami will also re-run the anime’s first season (starting from episode 15) on August 8 1:00 AM EDT (effectively August 9).

All of the main cast returned to reprise their roles for the second season.

Besides Fire Force, Atsushi Ohkubo is also credited as the creator of manga series Soul Eater, which ran from 2004 to 2013 and was also adapted into a TV anime series in 2008. Ohkubo has recently stated that Fire Force is nearing its conclusion and that the manga series will be his last work.