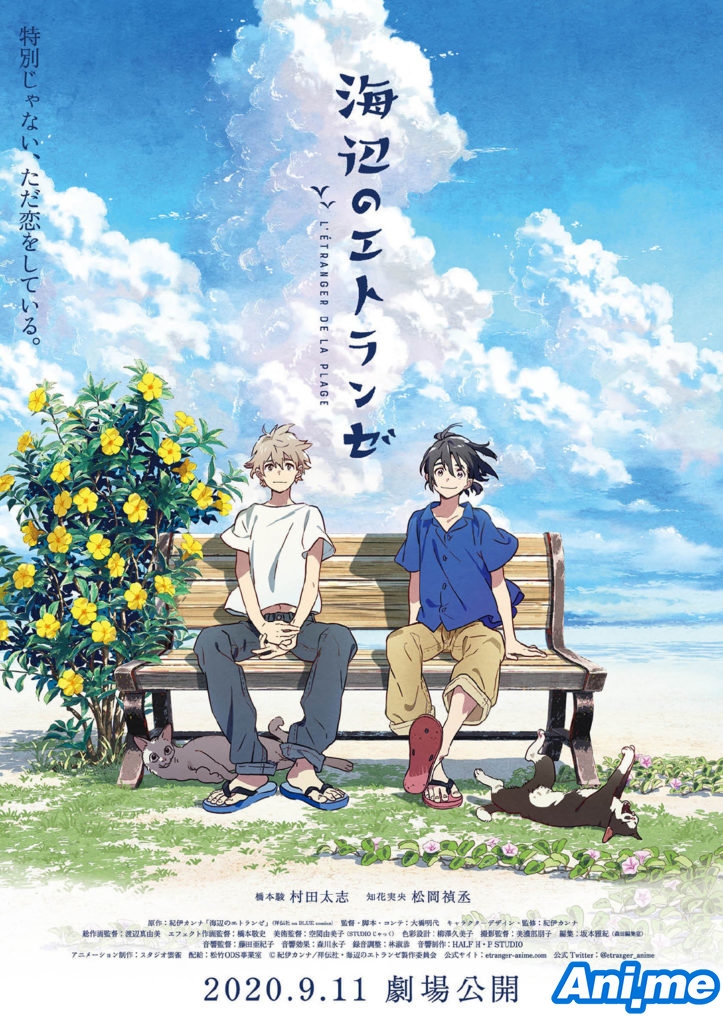 An update for another film from boys-love label Blue Lynx: the official website of the Umibe no Étranger (L’étranger du Plage or Stranger on the Beach) film has just revealed that the movie’s theme song will be sung by four-member band MONO NO AWARE. The theme song, entitled Zokkon (From the Bottom of My Heart) was written by the band specifically for the film.

The website of the film also revealed that music for the movie will be composed by Mina Kubota, known for providing music to the A Whisker Away film as well as anime series Aria the Animation and Macross Delta.

The film will be directed by Akiyo Ohashi (Sakura Capsule) for Studio Hibari. Ohashi is also the scriptwriter and storyboarder. Kanna Kii, the author of the series, will be supervising the film as well as drawing the character designs. Mayumi Watanabe is the chief animation director, with Takashi Hashimoto as the effects animation director.

Other staff members are:

The film will be distributed by Shochiku.  Umibe no Étranger is the third film project for boys-love label Blue Lynx, who also produced the given and the Twittering Birds Never Fly films. As of this writing, the film is set for a September 11, 2020 release.

Umibe no Étranger is the debut manga of Kanna Kii. It ran on Shodensha’s On Blue magazine in 2013. In July 2014, Kii launched the sequel manga Harukaze no Étranger (L’étranger du zéphyr or The Stranger of the Spring Breeze) in the same magazine.

“The story centers on Mio, a high school boy who lost his parents at an early age. Shun, a gay aspiring novelist living near Mio’s house on a remote island in Okinawa, noticed Mio sitting for hours at a bench on the beach. They grew closer to each other, but Mio had to leave Okinawa. Three years later, Mio returns to face his feelings.”