Premium Bandai is Releasing A ‘Naruto’ Figure with His Original Goggles 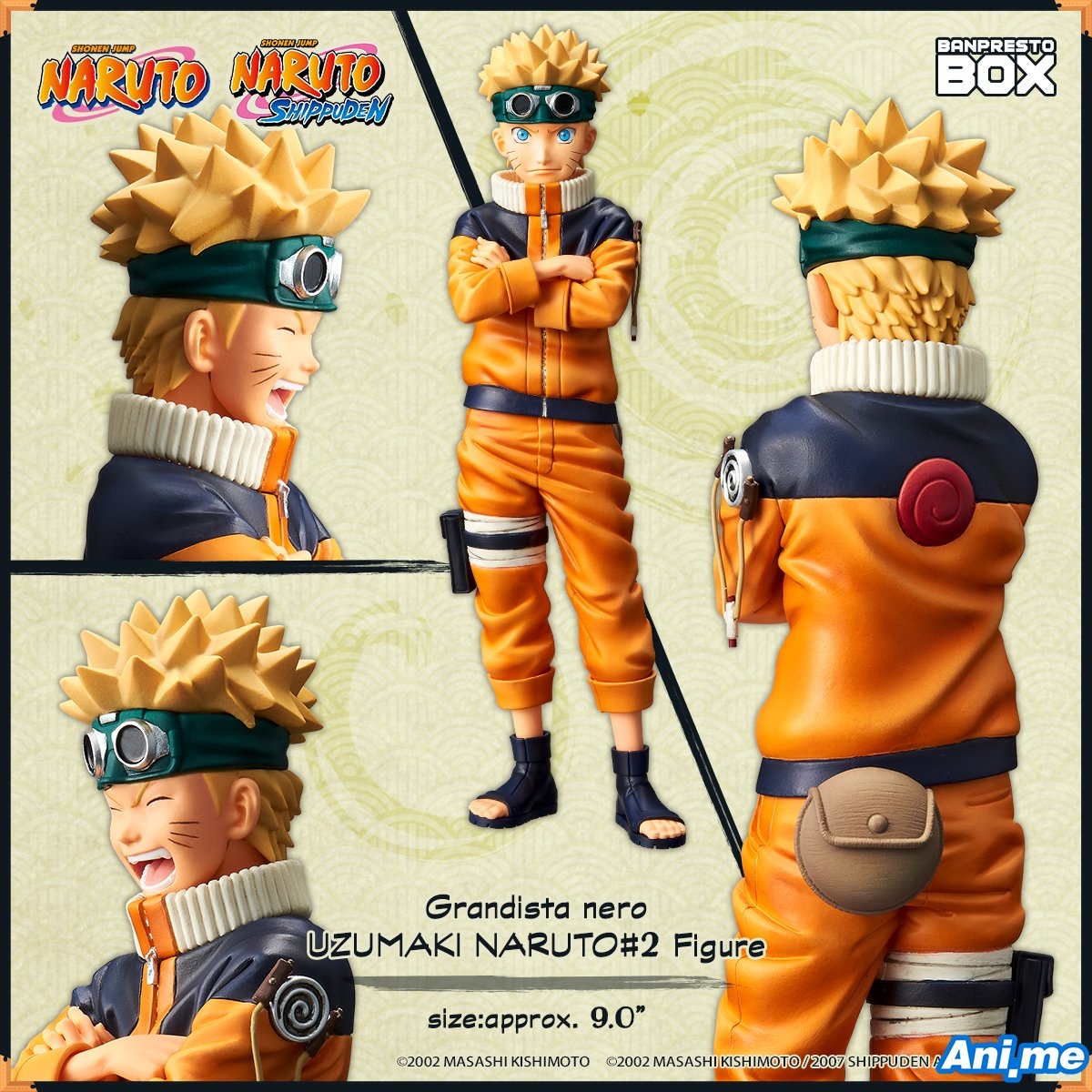 Before Naruto began wearing the notable Konoha ninja headband, we first saw in the series wearing a pair of goggles. Over the years, most of the figures released for Naruto are all him wearing the Konoha headband. Rarely do you get an official figure when you have him wearing his goggles.

Now the long wait is over as Premium Bandai will be releasing a 9-inch-tall Grandista Nero Uzumaki Naruto#2 Figure. If you’re interested to get this, you can only get it in the Banpresto Box Naruto, in which you can order it here. Aside from the mentioned figure, you will also get three key button pin and three key chains upon your purchase. The Banpresto Box Naruto is priced at $29.99 and you can preorder it exclusively at Premium Bandai USA’s website.

Naruto has sold over 220 million copies worldwide as of 2015, making it the 4th highest grossing manga series of all time. It was nominated for the 19th Tezuka Osamu Cultural Prize in 2014, and in the same year Masashi Kishimoto was awarded Rookie of the Year in the media fine arts category by Japan's Agency for Cultural Affairs.

Numerous databooks, artbooks, novels, and fanbooks on the series have been released. Eight summary volumes featuring unaltered color pages, larger dimensions, and exclusive interviews, covering the first part of the series were released between November 7, 2008 and April 10, 2009.

The series was published in English by VIZ Media under the Shonen Jump imprint from August 16, 2003 to October 6, 2015. In the last four months of 2007, the campaign titled "Naruto Nation" was launched, in which three volumes were published each month so that US releases would be closer to Japan's, the same practice was done in February through April of 2009 this time titled "Generation Ninja." A 3-in-1 omnibus edition has also been released since May 3, 2011. A box set containing volumes 1-27 was released on August 6, 2008, another one containing volumes 28-48 on July 7, 2015, and the final box set with volumes 49-72 on January 5, 2016. It was also published in Brazilian Portuguese by Panini Comics/Planet Manga from May 2007 to June 2015, and again as Naruto Gold edition since July 2015.

Whenever Naruto Uzumaki proclaims that he will someday become the Hokage—a title bestowed upon the best ninja in the Village Hidden in the Leaves—no one takes him seriously. Since birth, Naruto has been shunned and ridiculed by his fellow villagers. But their contempt isn't because Naruto is loud-mouthed, mischievous, or because of his ineptitude in the ninja arts, but because there is a demon inside him. Prior to Naruto's birth, the powerful and deadly Nine-Tailed Fox attacked the village. In order to stop the rampage, the Fourth Hokage sacrificed his life to seal the demon inside the body of the newborn Naruto.

Source: ANN, with series info and synopsis from MAL