The ‘Attack on Titan’ FINAL Exhibition is Heading to Kobe 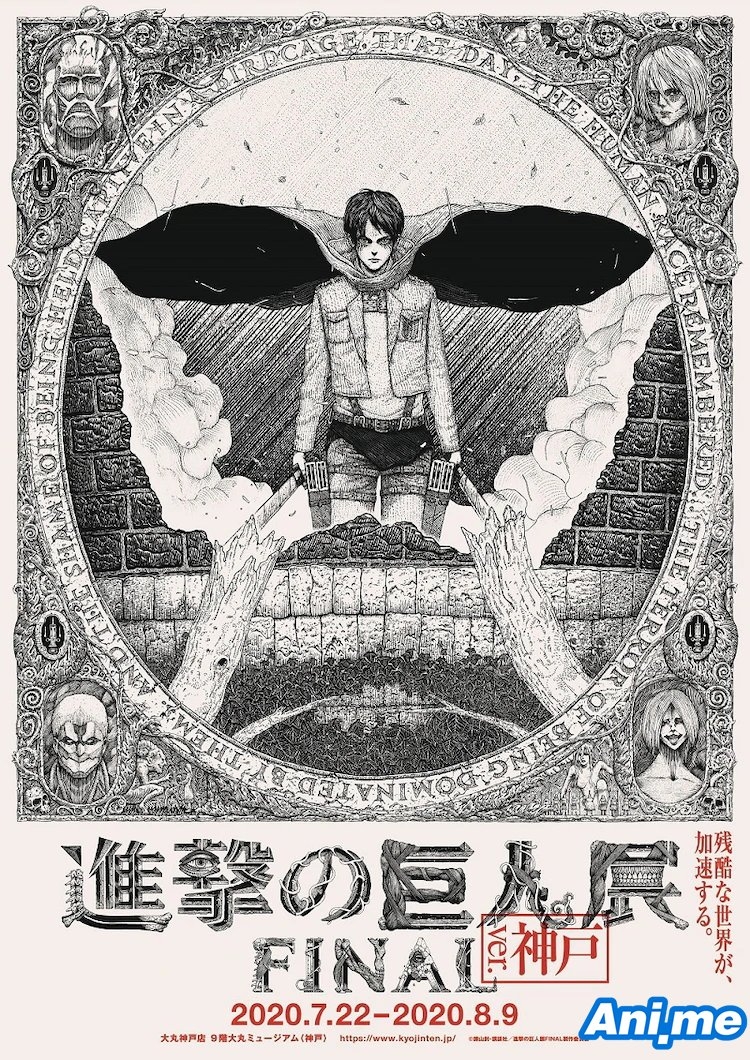 The Attack on Titan FINAL Exhibition has started touring since last year. It had stops in Roppongi then in Osaka. The 2019 exhibition concluded in Osaka. This year, the exhibition will start in Kobe.

For those who are in Japan right now and wanted to drop by in this exhibition, it will be on the ninth floor of the Daimaru Kobe department store in Hyogo. The exhibition will only be from July 22 until August 9. It will have original art displays and a character voice guide to help visitors through the exhibits. The Kobe version will also offer 31 new pieces of art that were not previously shown in the previous tours.

Similar to the Osaka exhibition,  a temporary “Reeves Company Store” will open with over 100 kinds of limited edition merchandise. Visitors will also be able to download a special smartphone wallpaper from the decorated window. You get it by scanning and accessing via QR code.

It seems that final season for the Attack on Titan anime is something worth looking forward to as its new promotional video revealed previously that the anime will be done by animation studio MAPPA. 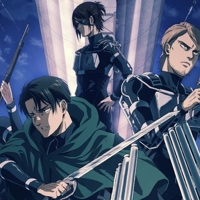 Aniplus Asia to Air Simulast the Final Season of 'Attack on Titan' AnimeOct 30, 10am

For those living in the Asia region, we have some good news for you. It was announced by Aniplus Asia on Monday that they will air a simulcast on the final season of the Attack on Titan anime. The anime is scheduled to premiere on December 7. 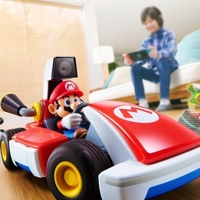 As expected, the debut week of Mario Kart Live: Home Circuit has taken over the recent Japanese Video Game rankings from October 12 to 18. The game has sold 79,918 copies on its first week alone. Second place is Animal Crossing: New Horizons. 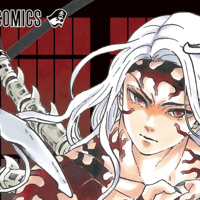 As expected, Kyoharu Gotouge’s Demon Slayer manga series continue to dominate manga sales in Japan. I a recent report in Oricons’ comic sales chart for the October 19 to 25 week, all 22 volumes of the manga made it to the top 22. 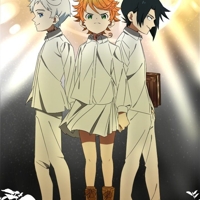 ‘The Promised Neverland’ Franchise is Getting a 4th NovelOct 23, 9am 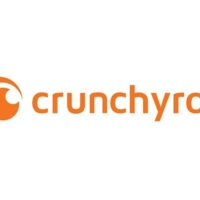 Popular Streaming Platforms Like Crunchyroll, Twitch, Netflix, and more will be Available for the PlayStation 5Oct 23, 7am

It seems there is more reason to get the PlayStation 5 after all Crunchyroll recently announced this week that their anime streaming platform will be available for the upcoming PlayStation 5. 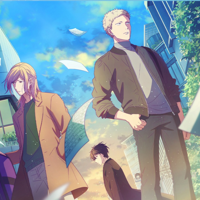 Boys-Love Film “given” Set to be Released Internationally via CrunchyrollOct 28, 7am

Good news to international fans of boys-love (BL) musical franchise given: streaming platform Crunchyroll has announced that they will be streaming the anime film internationally. The film will be released with the title Given the Movie and will be streamed in 2021, with no definite release date yet.

San Diego Comic-Con Organizers Say They Will Not Sell Badges for 2021 EventOct 29, 11pm

In a statement released on their official website, the organizers of the San Diego Comic-Con event announced that they will not be selling any badges for the 2021. Those who purchased this year’s badge will automatically be rolled over to the 2021 event. 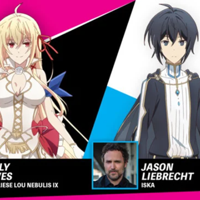 English Dub Cast Announced for “Our Last Crusade or the Rise of a New World”Oct 28, 7am

Along with the announcement that Funimation will be streaming an English dub for the TV anime adaptation of light novel series Our Last Crusade or the Rise of a New World (Kimi to Boku no Saigo no Senjō, Arui wa Sekai ga Hajimaru Seisen), the company also revealed the English dub cast for the series. 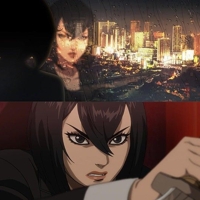 Big announcements happened during the Netflix Anime Festival 2020. One of these is the announcement of an animated adaptation of the popular Filipino graphic novel series Trese. A teaser screenshot was teased featuring the series main heroine, Alexandra Trese. 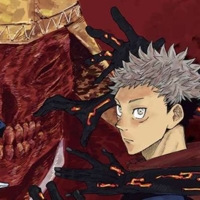 Could this be the next big manga hit. The official Twitter account for the Jujutsu Kaisen manga announced recently that they have officially reached 10 million copies in circulation. The count includes its recent new printings of all volumes as well as its digital releases. 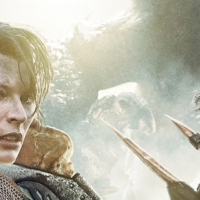 TOHO announced recently that they will premiere the live-action Hollywood adaptation of the Monster Hunter video game on March 26, 2021 in Japan. It will be screened in IMAX 3D, MX4D, 4DX, and Dolby Cinema. 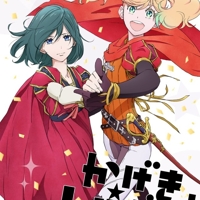 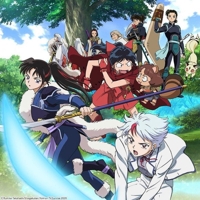 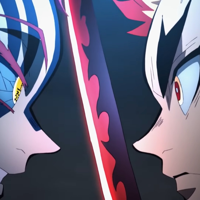 A special live-streamed event entitled Kimetsu TV: Mugen Train Opening Special revealed an all-new promo video for the record-breaking Demon Slayer the Movie: Mugen Train film. In case you skipped the title, this promo video is full of spoilers, so watch at your own risk. 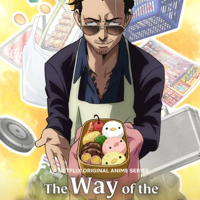 Comedy Manga “Way of the Househusband” Gets Netflix Anime in 2021Oct 27, 5am

Lots of new Netflix anime announcements, with the next one being an absolute favorite of ours: Kousuke Oono’s comedy manga series Way of the Househusband is getting its own anime series next year. The happy news was announced during the Netflix Anime Festival 2020, which also revealed that the anime series will star Kenjiro Tsuda. 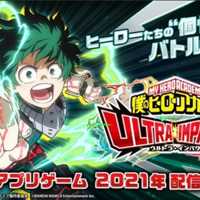 Smartphone Game Announced for “My Hero Academia” Oct 26, 5am

Get ready to PLUS ULTRA... from your smartphones as Bandai Namco Entertainment has revealed an official smartphone game for hit shounen series My Hero Academia. The game is officially titled My Hero Academia Ultra Impact and is described as a “Hero quirks bursting battle RPG”. 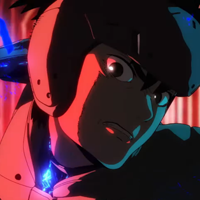 A teaser trailer was recently revealed for the upcoming Netflix anime adaptation of classic sci-fi manga Spriggan. Check it out here. 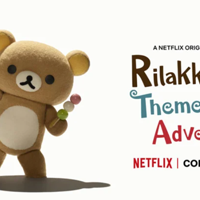 Rilakkuma Returns to Netflix with New Stop-Motion Animated SeriesOct 27, 4am

If you enjoyed last year’s Rilakkuma and Kaoru Netflix original series (like me.), well you’re in for a treat: Netflix Anime Festival 2020 has announced that the lovable bear Rilakkuma is set to receive a new series. 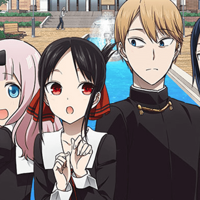 The love war between the two geniuses continues, as a third season was officially announced for hit romcom anime series Kaguya-sama: Love is War. The announcement, made during a special event on Sunday, also revealed that the series will be getting an OVA set for a 2021 release. 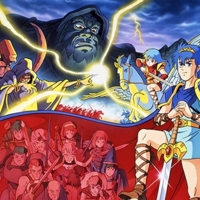 The First ‘Fire Emblem’ Game is Coming to the Nintendo SwitchOct 23, 9am

It was announced this week by Nintendo that they will be releasing an updated version of the first-ever Fire Emblem game titled Fire Emblem: Shadow Dragon &amp; The Blade of Light on December 4 for the Nintendo Switch.

iOS users can now read their favorite manga on the go as Mangamo officially announced this week that the manga subscription app is now available worldwide for iOS devices. Only Japan, China, and Korea do not have access to the app.
More Stories