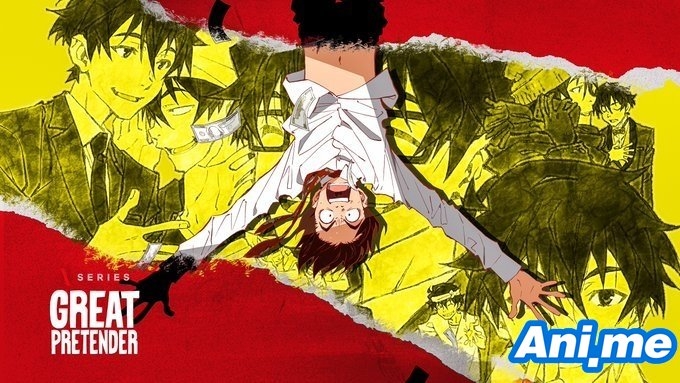 Good news for those waiting for this series to be released outside of Japan! Netflix has announced this Tuesday that they will be releasing The Great Pretender worldwide on August 20.

The original TV anime project is directed by Hiro Kaburagi (My Little Monster) for WIT Studio. Character design are done by Yoshiyuki Sadamoto (Evangelion), scripts are written by Ryota Kosawa (Parasyte live-action film), and music is composed by Yutaka Yamada (Tokyo Ghoul). The series is produced by Maiko Okada.

The series’ opening theme song is the popular classic “The Great Pretender” originally sung by The Platters. The version used in the anime series, however, is the cover version done by the late Queen frontman Freddie Mercury.