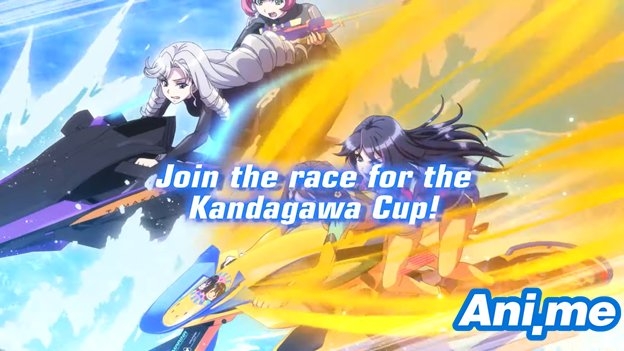 The Jet Girls are heading to North America soon, as XSEED Games has announced that they will be releasing the Kandagawa Jet Girls game for North America this August 25! The game will be available via PlayStation 4 and via Steam for PC. XSEED has released an announcement trailer which you can watch here.

The Western release will be getting a special day-one “Racing Hearts” limited edition set, which will include two soundtrack CDs, art book, and a special box with illustrations by character designer Hanaharu Naruko. Check it out below! 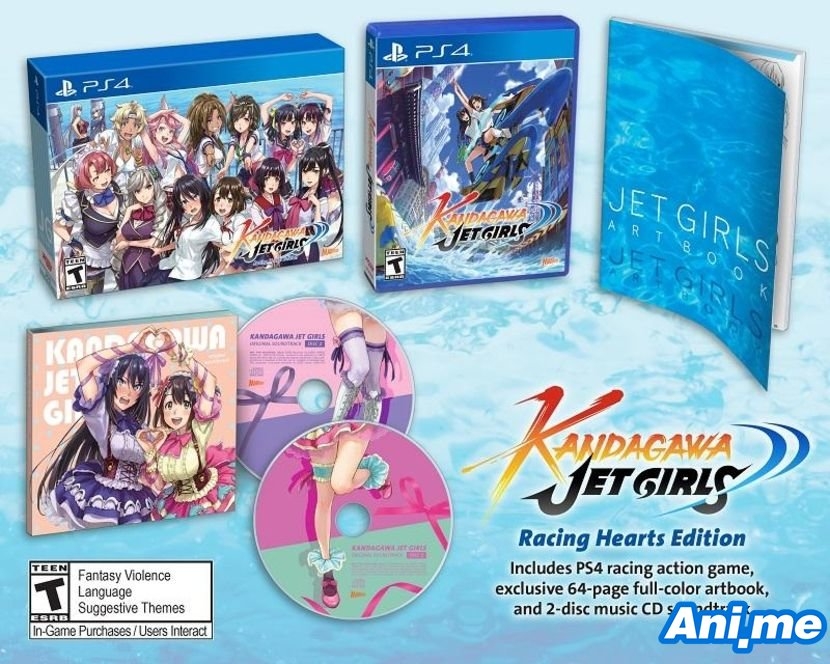 The Wester release will also include Ryoubi and Ryouna from the Senran Kagura franchise as playable characters. After the game’s launch, Yumi and Asuka (also from Senran Kagura) will be made available to players as DLC characters.

Kandagawa Jet Girls is from Marvelous Games, the same people behind the Senran Kagura franchise (hence the crossover).

The game was released last January in Japan. Like the anime, the game is set in a futuristic world where high school girls compete in jet ski races in pairs—the Jetter maneuvers the jet ski while the Shooter is at the back, attacking opponents using a squirt gun. The game lets players choose between two playing modes of taking on the role of the Jetter or the Shooter. There will also be race battles in the game.

Kandagawa Jet Girls is a collaboration between Kadokawa, game company Marvelous, and production company EGG FIRM. The multimedia franchise includes an anime series as well as the aforementioned PS4 game.

Main character Rin Namiki is the daughter of a famous Jetter who wants to follow her mother’s footsteps. To fulfill her dream, she moves out of the countryside and goes to Asakusa, Tokyo to become a Jetter. There she meets the cool Misa Aoi, who eventually becomes her partner and with whom she forms the duo “Kandagawa Jet Girls”. Together, the two take on other opponents and get to bond as well.