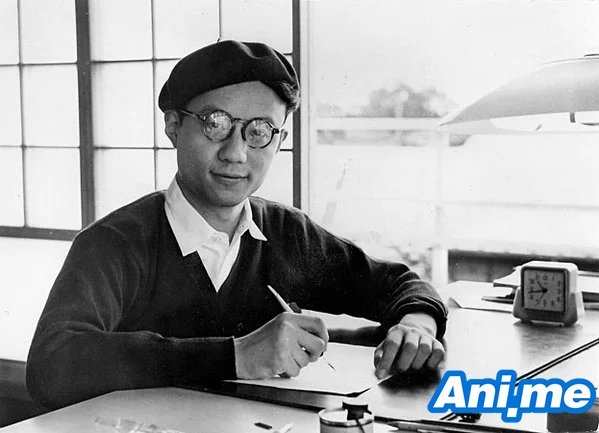 For those who have no idea, Osamu Tezuka is named as the “Godfather of Anime and Manga”, notable for creating Astro Boy, Black Jack, Kimba the White Lion, and so on.

For those who are fans of his work, you might consider visiting a museum which actually replicates his former residence. The name of his apartment building (located in Tokyo’s Toshima Ward) is the Tokiwaso, which is found in the South Nagasaki neighborhood. This building is also home to some notable early manga like Fujio Akatsuka (Tensai Bakabon), Fujiko Fujio (Doraemon) and Shotaro Ishinomori (Kamen Rider). The museum is officially open to the public on Tuesday.

Its original opening was slated for March in anticipation of the Tokyo 2020 Olympics, but was delayed due to the COVID-19 pandemic situation.

The reaction of the said museum was announced in 2016, then construction began in 2019. During the opening ceremony of the museum, the Toshima ward chief Yukio Takano said that, “We want to showcase the birthplace of anime and manga culture to the entire world.” The first visitor who went to this museum was Yuka Kawasaki, a 38-year-old manga artist. She felt “overwhelmed” upon being inside the building as that “Not only the exterior but even mold and spots on the interior walls have been recreated, I could feel firsthand the manga creators’ lifestyle and breath,”.

Tezuka was a Japanese manga artist, cartoonist, animator, and film producer. His prolific output, pioneering techniques, and innovative redefinitions of genres earned him such titles as “the father of manga,” “the godfather of manga” and “the god of manga.” Additionally, he is often considered the Japanese equivalent to Walt Disney, who served as a major inspiration during Tezuka’s formative years.

Tezuka began what was known as the manga revolution in Japan with his New Treasure Island published in 1947. His legendary output would spawn some of the most influential, successful, and well-received manga series including Tetsuwan Atom, Jungle Taitei, Black Jack, and Hi no Tori, all of which won several awards.

Tezuka died of stomach cancer in 1989. His death had an immediate impact on the Japanese public and other cartoonists. A museum was constructed in Takarazuka dedicated to his memory and life works, and Tezuka received many posthumous awards. Several animations were in production at the time of his death along with the final chapters of Hi no Tori, which were never released.

In the year 2003, Professor Tenma is distraught when his son Tobio is killed in a car accident. He loses himself in his latest project, creating Atom, a robot boy programmed to be forever good.

Upset that his Tobio-substitute can never grow up, Tenma sells Atom to Ham Egg, the cruel ringmaster of a robot circus. Atom meets the kindly Professor Ochanomizu, who adopts him, inspires him to become a crusader against evil, and eventually builds him a robot "sister," Uran.

Tetsuwan Atom was the first television anime series to air in a 30-minute programming slot. It was broadcast by Fuji Television and aired on Tuesdays when broadcast began in 1963. The first episode debuted on New Year's Day with a 27.4% viewership rating, with the series later peaking at over 40% rating by the following year. From 1964 onward, the airing was changed to Saturdays.

When American television producer Fred Ladd helped NBC Enterprises adapt the series for broadcast in the United States in 1963, the title Astro Boy was used instead of the manga's English title Mighty Atom. The change was forced because of its similarity to the contemporary American superhero character Mighty Mouse, which Osamu Tezuka used as a basis for the character Atom.

Source: ANN (with info and synopsis from MAL)