A recent tweet by Ahiru no Sora manga author Takeshi Hinata is currently getting attention, as he did not mince words in criticizing the anime adaptation of his basketball-themed manga. On Friday, he quote-tweeted a tweet from the official Twitter account of the Ahiru no Sora anime series and said, “You’re the worst”. The tweet commented on by Hinata was deleted, but the creator did not stop there: he posted a screenshot of the original tweet and said,

“If you’re going to run away, then don’t do it in the first place.” 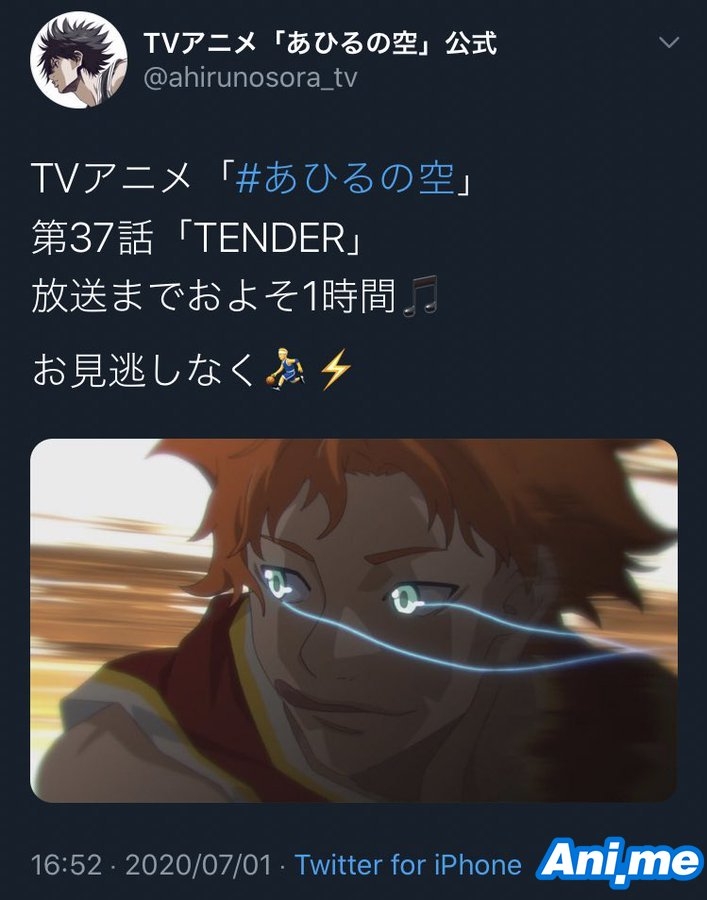 The screenshot (shown above) shows a character’s eyes glinting and leaving a trail of light, which commenters said was reminiscent of the style of another basketball-themed series, Kuroko no Basket (Kuroko’s Basketball). It appears that Hinata was displeased by this artistic liberty taken by the anime studio, as he does not use this kind of style in his manga.

Hinata clarified his statements on another tweet posted on the same day, and expressed his reasons for saying these criticisms:

“I’ve been receiving a series of direct messages, which made me think: ’It’s diomedéa, so it can’t be helped.’ A part of me wants to say that, but I can’t bring myself to do that when it’s about my own manga. If I caused discomfort to fans of that project, then I apologize. I also want to apologize to the people who are true Ahiru no Sora readers. I think that the direction of the anime is disappointing and terrible. I apologize once again.”

The anime adaptation of Ahiru no Sora premiered last October 2 and is set to run for four cours (or quarters of a year). Keizou Kusakawa (Kan Colle) is chief director while Shingo Tamaki (Aho Girl) is credited as director for studio diomedéa. Go Zappa (Beatless, Blend S) is in charge of series composition and Yoshino Honda (Fuuka) for character designs.

Sentai Filmworks holds the international release license of the series and describes it as such:

“He may be shorter in stature, but Sora Kurumatani can soar and score on the basketball court! With a passion for the sport he inherited from his mother, Sora vows to her that he’ll take top prize at a high school basketball tournament… but there’s one problem. His new school’s basketball club has turned into a hangout for delinquents! Will Sora’s sheer tenacity and amazing three-point shooting change their minds and get the club up and running again?”