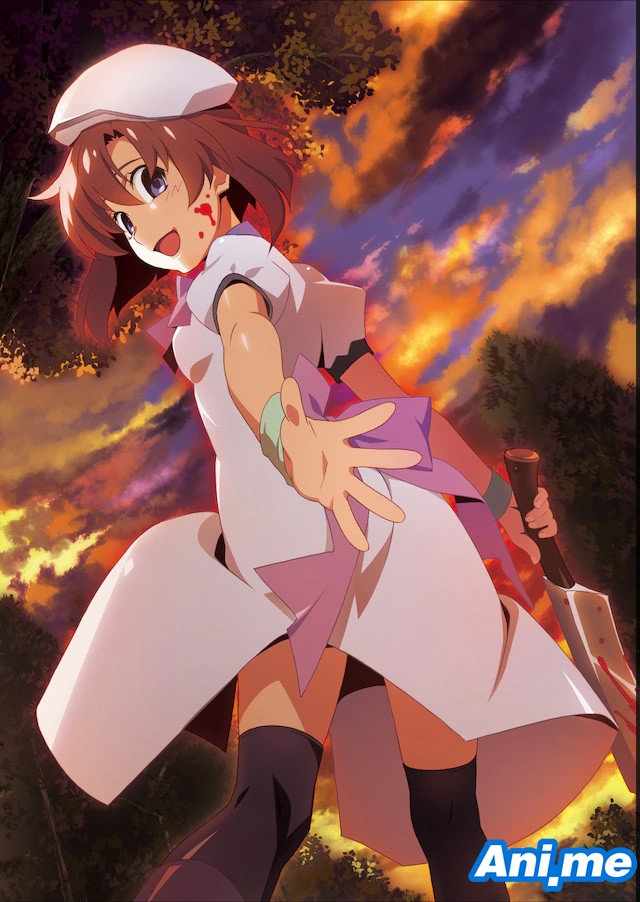 Good news for fans waiting for an update on the new Higurashi anime project! The series’ official website has announced that the anime is now set for an October 2020 premiere. The project was supposed to be released this July, but the COVID-19 pandemic halted productions and thus affected the series’ schedule.

A previous promo video (which you can watch here) reveals the returning cast for the series, such as Satsuki Yukino (Mion Sonozaki), Mika Kanai (Satoko Hojo), and Yukari Tamura (Rika Furude). Series composition will still be done by Naoki Hayashi (Black Fox, Citrus) and music will still be composed by Kenji Kawai (Ghost in the Shell).

Soichiro Hoshi was previously announced to be reprising his role as main protagonist Keiichi Maebara, while Mai Nakahara is set to return as Rena Ryugu.

Higurashi: When They Cry is a murder mystery doujin visual novel series developed by 07th Expansion and written by Ryukishi07. The first game in the series was released in 2002, with the eighth and final released in 2006. On the same year it was adapted into a 26-episode anime series by Studio Deen, the following year, 24 episodes were released under the title Higurashi no Naku Koro ni Kai (When They Cry II: Solutions).

“On one hot summer day in 1983, a transfer student named Maebara Keiichi comes to a peaceful rural village in Hinamizawa. There, he befriends his classmates Rena, Mion, Rika, and Satoko. Accepted as a full-fledged member of the “club,” Keiichi and the gang plays all sorts of activities ranging from card and board games to hide-and-seek. But just as Keiichi was beginning to be assimilated in simple rural life, he stumbles upon the dark history of Hinamizawa. As Keiichi dives deeper into the mystery, he finds that his new found friends may not be all what they claim to be.”