Get ready to see more of our favorite cells, as Aniplex has recently revealed a promo video for the upcoming anime film of Cells at Work! Entitled Tokubetsu Jouei-ban “Hataraku Saibou!!” Saikyou no Teki, Futatabi. Karada no Naka wa “Chou” Ōsawagi! (Special Screening Edition: “Cells at Work!” The Return of the Strongest Enemy. A Huge Uproar Inside the Body’s “Bowels!”), the film will revolve around a story from the manga’s fifth volume. Check out the promo video here!

A key visual was also revealed for the film: 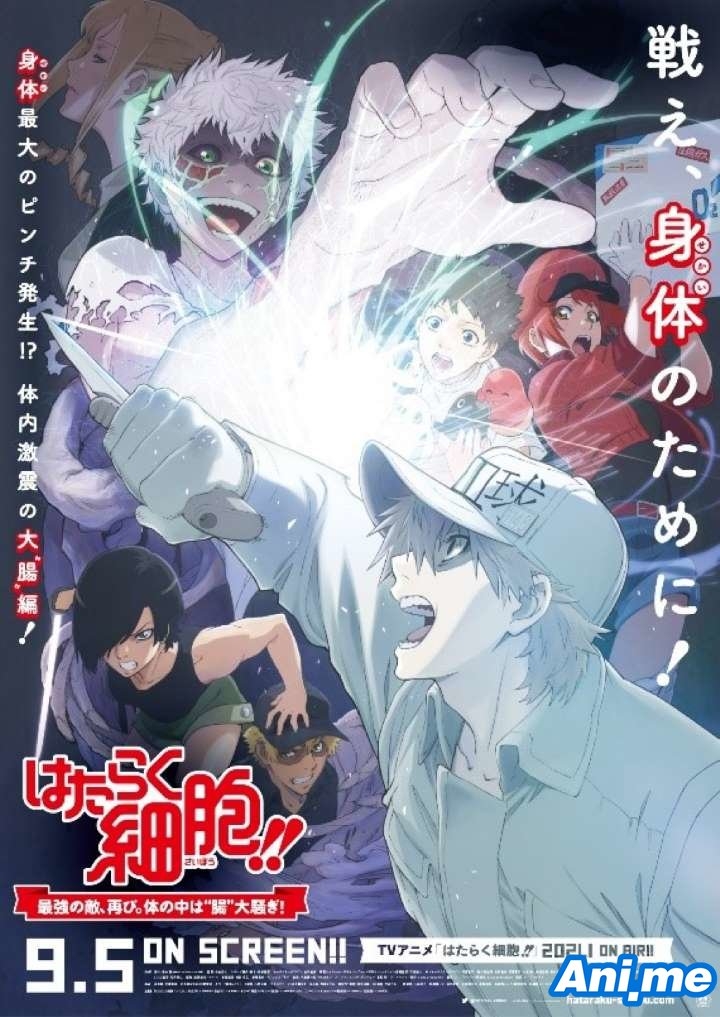 New cast members were also revealed. They are:

The film is set for a September 5 release in Japan.

Written and illustrated by Akane Shimizu, Cells at Work! was first serialized in Kodansha’s Monthly Shonen Sirius in 2015. It features the anthropomorphized cells of the human body, with the story mostly told from the perspective of a clumsy but lovable Red Blood Cell along with her reliable friend Neutrophil, who almost always ends up saving her from pathogens. The series depicts their daily activities and respective responsibilities as cells in the human body.

Cells at Work!’s first season, which was produced by David Productions, aired from July to September 2018. Its success among fans had led to a stage play adaptation that ran last November, and a mobile game entitled Itsudemo Hataraku Saibou.

The series’ second season is set to adapt Cells at Work! Code Black, which tackles how cells work in a body that is not healthy. Season 2 is set to be directed by Hirofumi Ogura (Black Butler II), who replaced season 1’s Kenichi Suzuki (JoJo’s Bizarre Adventures). Yuuko Kakihara (Persona 4 the Animation) is set to return to oversee the series’ scripts. The series is still helmed by David Productions.The series is slated for a January 2021 release.