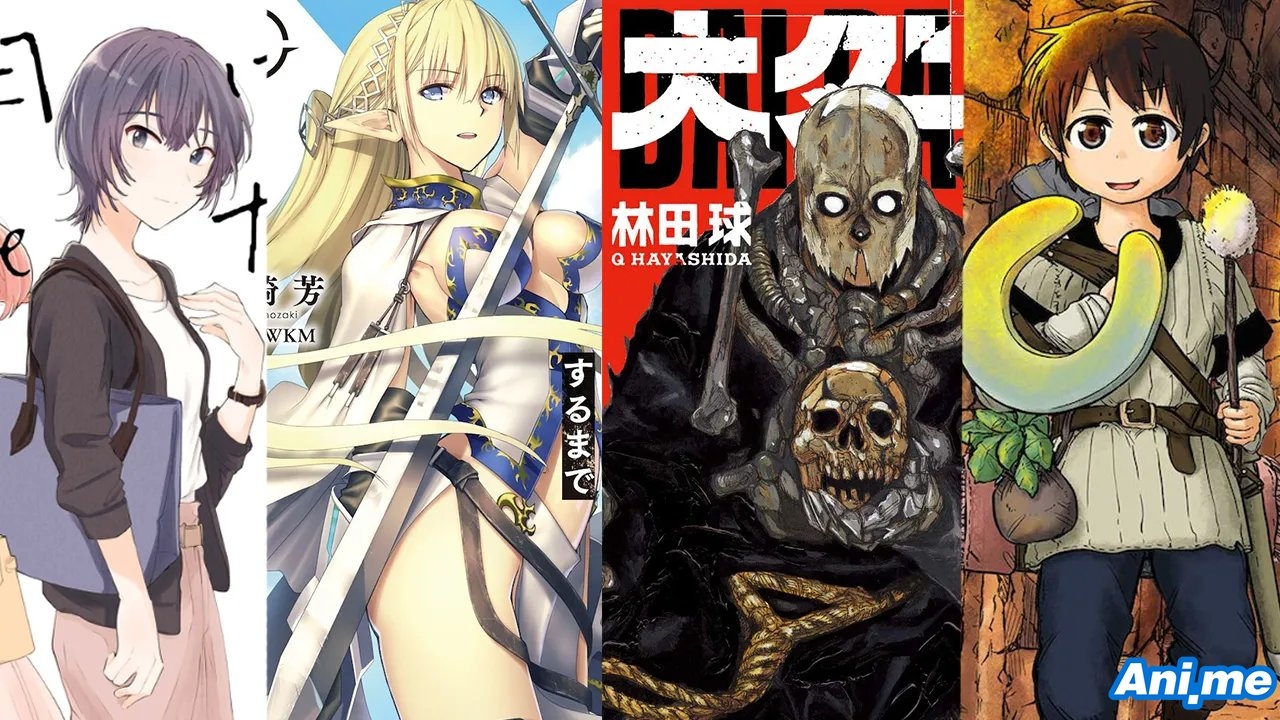 The light novel was first released in 2018 in the Comic Cardo site. The fifth volume of the series was released in Japan on April 25. The manga series made its debut on July 2019, with its second compiled volume recently released on June 25.

Here is a synopsis of the Failure Frame series as described by Seven Seas:

Touka Mimori and his classmates are abruptly catapulted into a fantasy world, summoned by the resident goddess to serve as heroes. The good news? Most of the students display amazing skills upon arrival! The bad? Mimori is the worst of the lot, bottoming out at a measly E-rank. Incensed, the goddess tosses him into a dungeon to die–but it turns out that Mimori’s skills aren’t so much worthless as they are abnormal. Abnormally powerful, perhaps!

The company will publishing the first volume of Donuts Under a Crescent Moon in February 2021 for both physical and digital formats. The manga was first published in March 2019 in Comic Yuri Hime. The first volume was released in Japan on January 17.

Below reveals the synopsis:

Uno Hinako throws herself into makeup, fashion, and falling in love, hoping that will make her seem “normal” to the other people at her job. But no matter how hard she tries, she’s a self-doubting mess inside, and her attempts at “normal” romance with men just keep failing. When she starts to think she might be alone forever, a new normal presents itself–in the form of her relationship with Sato Asahi, a level-headed woman who works at her company, which starts as respect until it becomes far more intimate.

Below reveals the series’ synopsis:

People are often reincarnated into fantasy worlds to answer a higher calling. In this case, that means a quest to find the perfect toilet. Behold as dragon scales are converted into toilet seats and slimes are used as moist wipes in this unique adventure about heroes who truly give a crap.

The series synopsis are as follows:

Zaha Sanko’s body has great and terrible powers–they say that possessing his bones will grant you any wish, even the desire to become ruler of the universe. But Sanko is still a teenage dude with his own life, and he isn’t about to let every monstrous lowlife in the galaxy rip him limb from limb. He and his skeletal buddy Avakian will use their dark powers to fend off any murder attempts while they search space for whomever put this curse on Sanko’s bones…because killing them might end the madness. (And then Sanko can celebrate with his favorite spaghetti.)

Although this pandemic may have delayed some events and other things to look forward to, but at least 2021 is something worth waiting for.