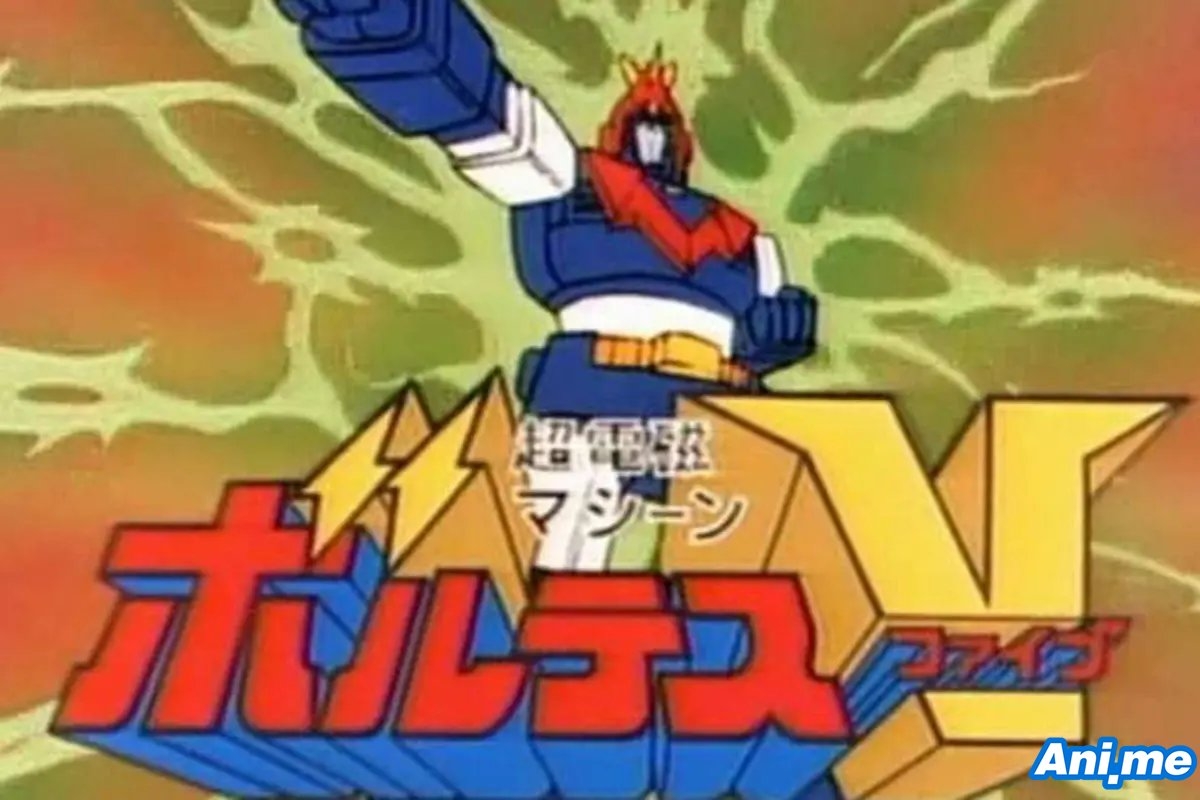 Need more nostalgic anime to bring watch while staying at home, then the anime streaming service RetroCrush got your back! The services announce recently that they have added 10 titles into its growing retro anime library.

If you are interested to watch these anime series or you’re searching for more, visit RetroCrush website today! 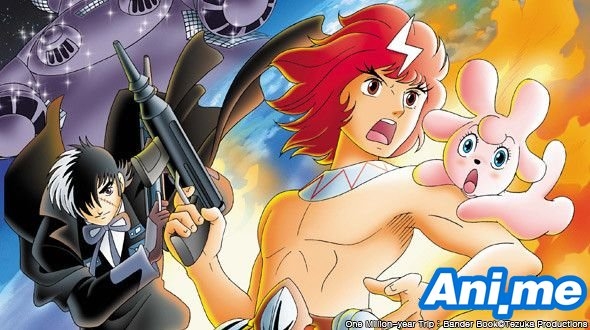 To escape the explosion of their ship caused by a terrorist attack, the parents of a young baby put him inside an escape pod and send him out before dying. The pod ends up on a planet inhabited by beings able to transform themselves into animals by using a special ring. The young baby is rescued by the royal family, and grows up to become the prince.

When the planet is attacked by pirates, he will be brought by force to Earth and discover everything about his own origins, and forgotten brother.

About Bagi, the Monster of Mighty Nature 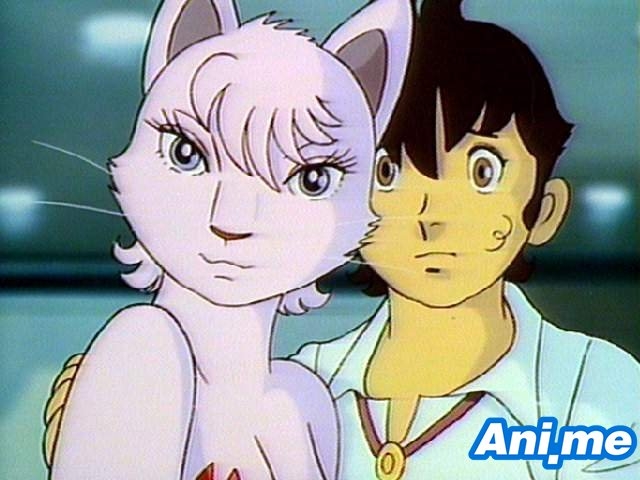 Ryo is sent out by the people of a village to kill the monster which has been attacking the villagers. It is rumored that this monster is a cat-woman named Bagi. As Ryo waits for the monster to come to its watering hole, he thinks back to how he first met Bagi as a kitten who learned how to write, and later reenters his life on a quest to discover who and what she really is. But now she has gone wild, and as the time of her arrival approaches, he strengthens his resolve to kill her. 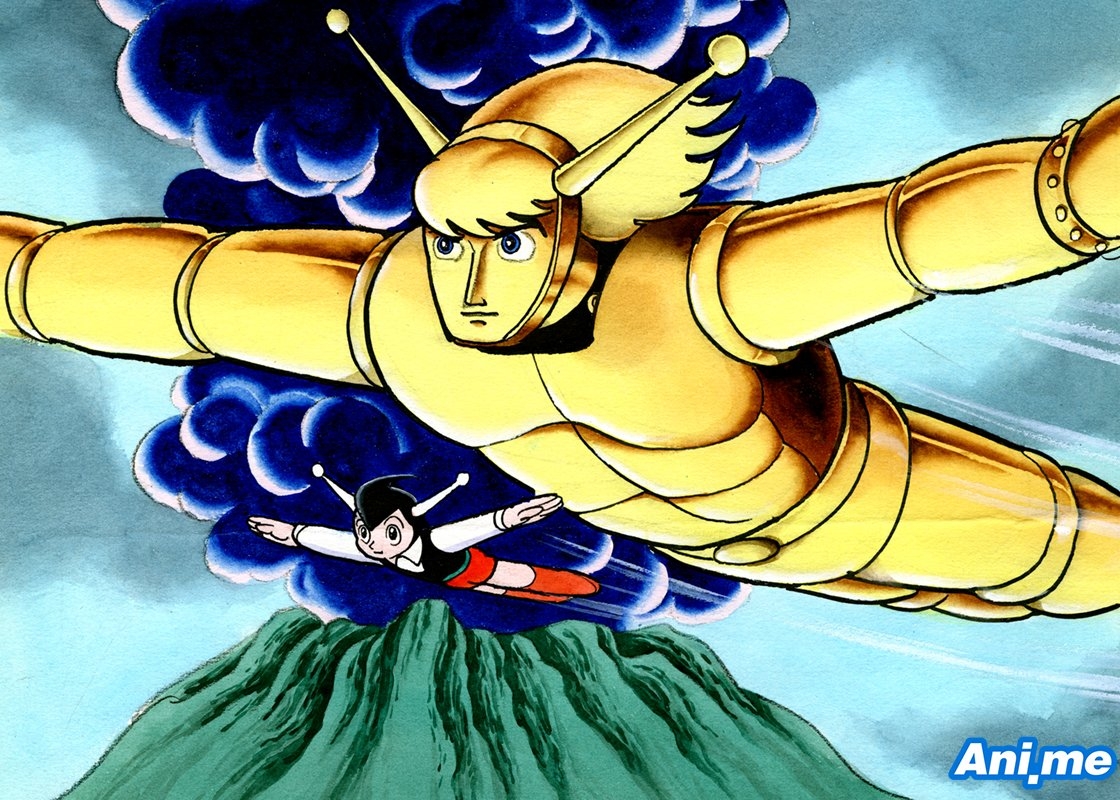 The alien invader Goa plots to conquer the Earth. He first warns the Murakami family (father Atsushi, mother Tomoko, and son Mamoru) of their invasion, and demonstrates his powers by transporting them to a prehistoric jungle and destroying a Giant Dinosaur before their very eyes. But they will not agree to surrender to Goa, so hope comes in the form of Magma, an armored, golden giant with long hair and antennae. He and his human-sized wife Mol, both created by the wizard Earth are sent to defend our world against Goa. They befriend Atsushi and Mamoru, the latter has Magma emotionally touched, as he wanted to have a child with his wife Mol, so Earth creates a duplicate of Mamoru, named Gam Earth gives Mamoru a whistle, with which he can call Gam Mol and Magma in times of crisis. So when Goa unleashes his various daikaiju, chances are, Magma, Mol, and Gam will fly to the rescue.

About Hakugei: Legend of the Moby Dick 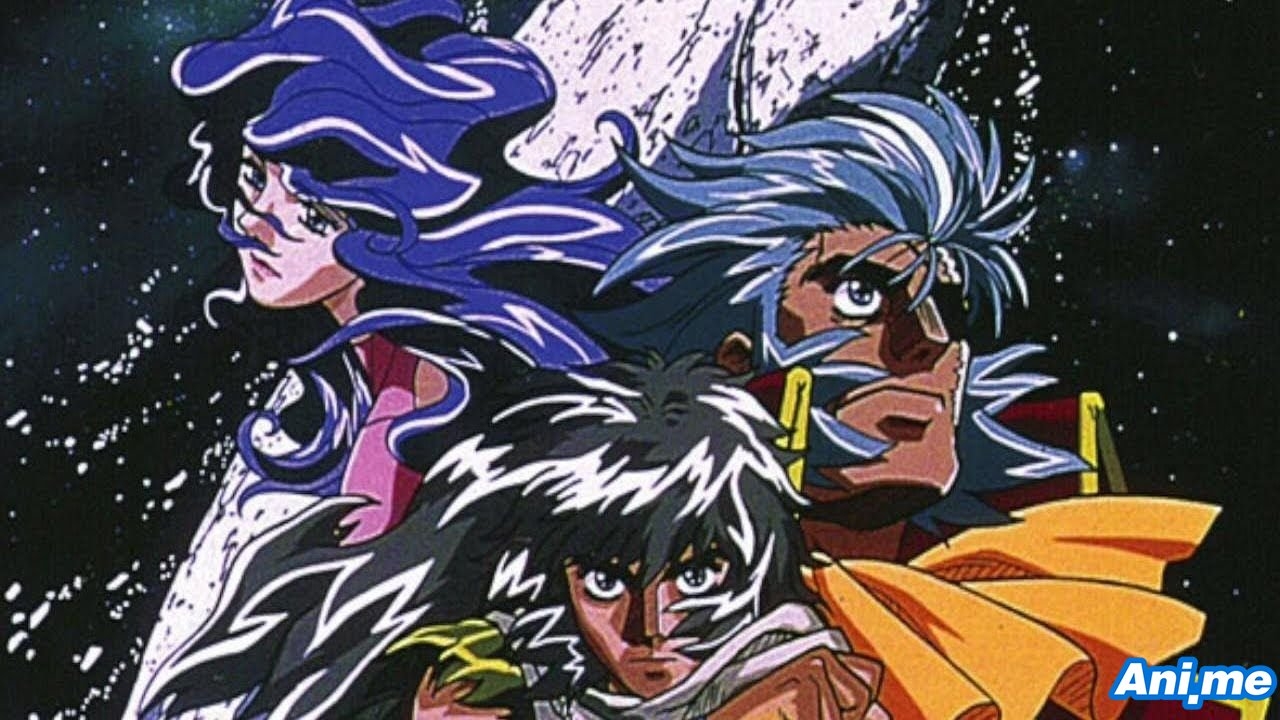 A courageous young man tries to find the only person who can save his planet from the most terrifying beast in the universe—the great white whale Moby Dick—in this futuristic anime adventure set in 4699. But locating the outlaw Captain Ahab and his illusory crew of whale hunters and persuading them to put an end to the leviathan’s long reign of terror won’t be easy. Will Ahab take up the challenge one more time?

From out of nowhere, a mysterious alien race known as the Boazan Forces has invaded the Earth. A group of individuals specially trained to handle this kind of situation has been unleashed. Kenichi, Ippei, Daijirou, Hiyoshi & Megumi are the pilots of the Choudenji Machine Voltes V (5), Earth’s defense against the Boazan and their terrible Beast Warriors. The plot thickens as the Go Brothers discover their true heritage and the truth behind their father’s disappearance. Conflicts and mixed emotions hinder the Go Brothers at times but due to their unwavering desire to find their dad, they must go to the place where it all started. With the help of the rebels based on Earth and on the aliens’ homeworld, the Voltes Team has another mission, remove the tyrant Zu Zanbajil and liberate the people of Boazan. 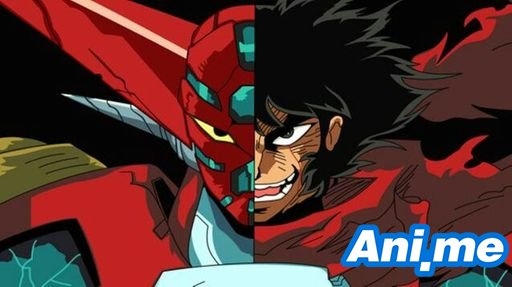 Humanity is under attack by demonic creatures called Oni. Unable to fight back by any other means, the scientist Dr. Saotome creates a series of giant robots that harness the mysterious power of Getter Rays, giving them the strength necessary to fight the Oni. The strongest of these is Getter Robo, and Saotome must enlist three very different men to pilot it – martial artist Ryoma Nagare, criminal leader Hayato Jin, and monk Benkei Musashibou. Together, the Getter Team fights to end the Oni menace forever. 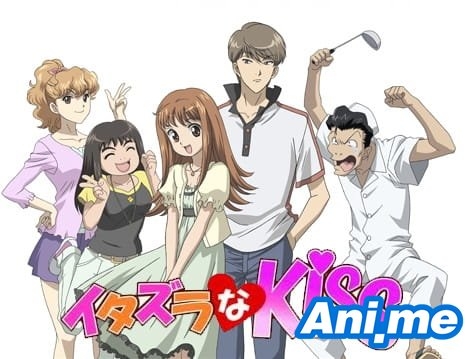 When her newly-built home is razed to the ground by an earthquake, low-achieving, clumsy, and troublesome third-year high school student Kotoko Aihara is forced to share a roof with the school’s—and possibly Japan’s—smartest student, Naoki Irie. Kotoko is not actually a complete stranger to Irie-kun; unfortunately, a single love letter that she tried to give him in the past has already sealed her fate as far as he is concerned. Throw in some quirky friends and a meddlesome mother, and Kotoko might not even have a snowball’s chance in hell of winning the older Irie boy’s heart. Yet Kotoko remains optimistic that, because she now lives in his house, her unattainable crush on the genius since the beginning of high school has never been more within reach.

About Project A-Ko 2: Plot of the Daitokuji Financial Group 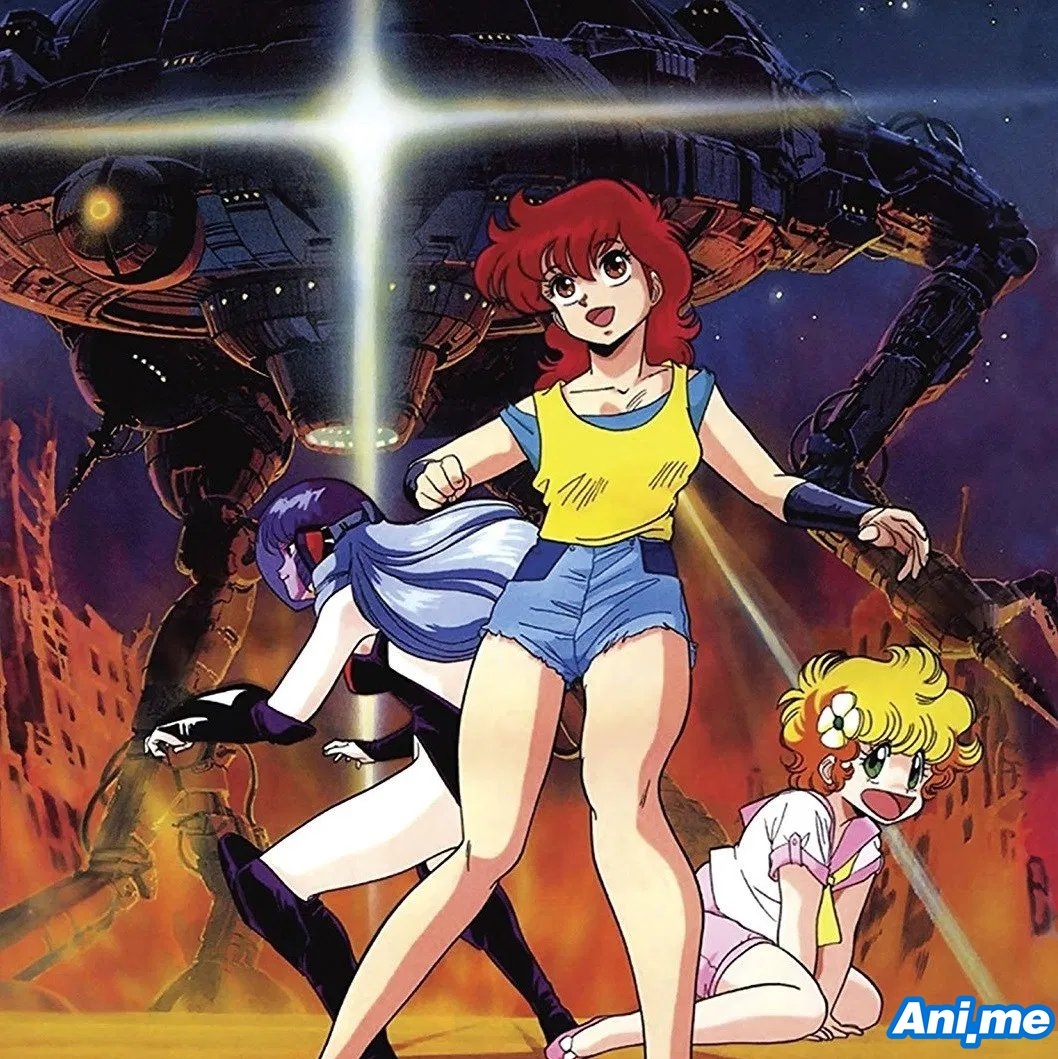 Three weeks after the incident that left Captain Napolipolita’s ship balancing on top of Graviton City, A-Ko and the gang go on summer vacation. While A-Ko ponders losing some weight and B-Ko devises another plan to defeat her redheaded rival to win C-Ko, Napolipolita and Spy-D experience severe homesickness – begging for a way to return to their home planet. Meanwhile, Hikari Daitokuji – B-Ko’s father and the CEO of the Daitokuji Financial Group – arms the local military with new mecha to attack Napolipolita’s ship and obtain its advanced technology.

In the middle of another break from school, A-Ko dreams of finding the perfect boyfriend. Because of this, she and C-Ko get into an argument that leads to C-Ko running away and nearly getting hit by a motorcyclist named Kei. While working part-time at a fast-food restaurant to raise money for a party dress, A-Ko meets Kei and immediately falls in love with him. B-Ko happens to like him as well; however, both A-Ko and B-Ko are unaware that C-Ko is the apple of Kei’s eyes.

In Iraq, a group of archaeologists discover ancient relics that prophecize the coming of a superior race and the end of all civilization. Meanwhile, back in Graviton City, as A-Ko and B-Ko’s rivalry over Kei intensifies, Mr. Daitokuji sets up an arranged marriage between Miss Ayumi and Kei. Furious over the engagement, both A-Ko and B-Ko do whatever it takes to prevent the wedding from going through. Little do they know that another alien fleet is on its way towards Earth.

Source: ANN (with synopsis from MAL)