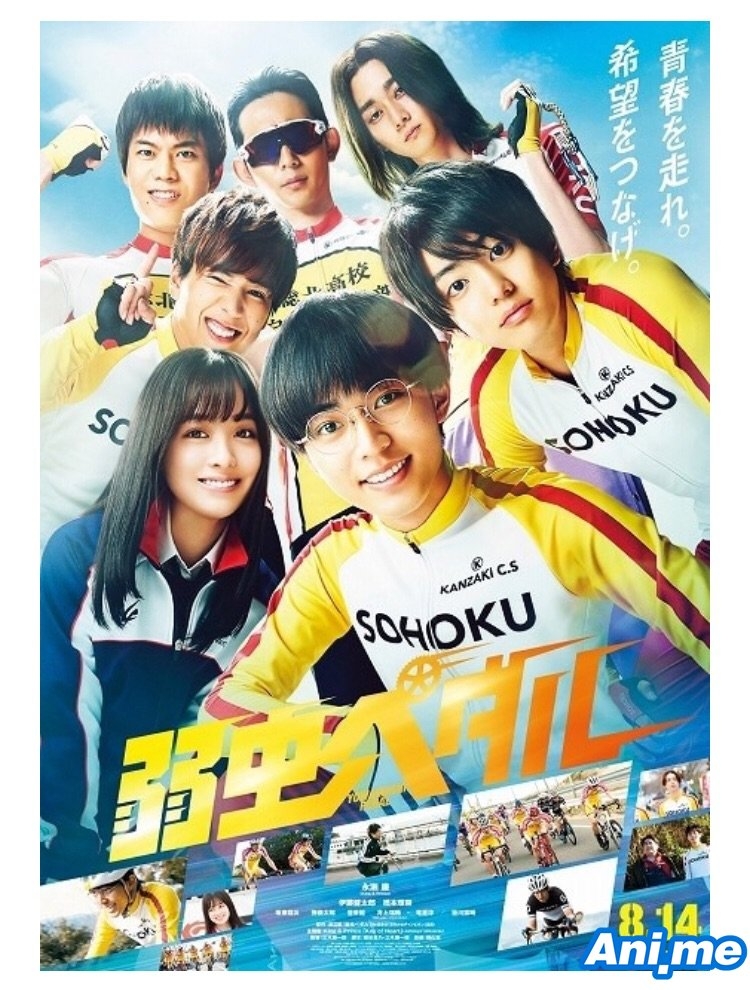 Our favorite biker boys are set to make the jump to the live-action big screen, and now a trailer has been released! The official website for the live-action film adaptation of Wataru Watanabe’s Yowamushi Pedal has posted a trailer for the film last Monday. The trailer previews the film’s theme song, “Key of Heart” by Johnny’s male idol group King & Prince. Check out the trailer here!

The other lead characters are:

The film is directed by Kouichiro Miki, who also directed the live-action film Anonymous Noise.

Yowamushi Pedal centers around the introverted otaku Sakamichi Onoda. Upon entering high school he wanted to join his school’s otaku club to make new friends but sadly the club has been disbanded. One day, fellow freshman and serious cyclist Shunsuke Imaizumi sees Onoda effortlessly pedaling his old mamachari bike (a “mommy bike”—utilitarian and designed for short distance-travel) up a steep hill. Another cyclist in their school, Shoukichi Naaruko, sees Onoda’s skill on the mamachari. Both students then convince Onoda to join the bicycle racing club of their high school, Sohoku.

The manga was first published in 2008 in Akita Shoten’s Weekly Shonen Champion magazine. In 2013, it was the adapted into a TV anime series, and its success led to three more seasons: Yowamushi Pedal Grande Road (season 2) in 2014, Yowamushi Pedal: New Generation (season 3) in 2015, and Yowamushi Pedal: Glory Line (season 4) in 2018. The manga has also inspired several anime movies, an OVA, a live-action TV series, and 14 stage play productions.