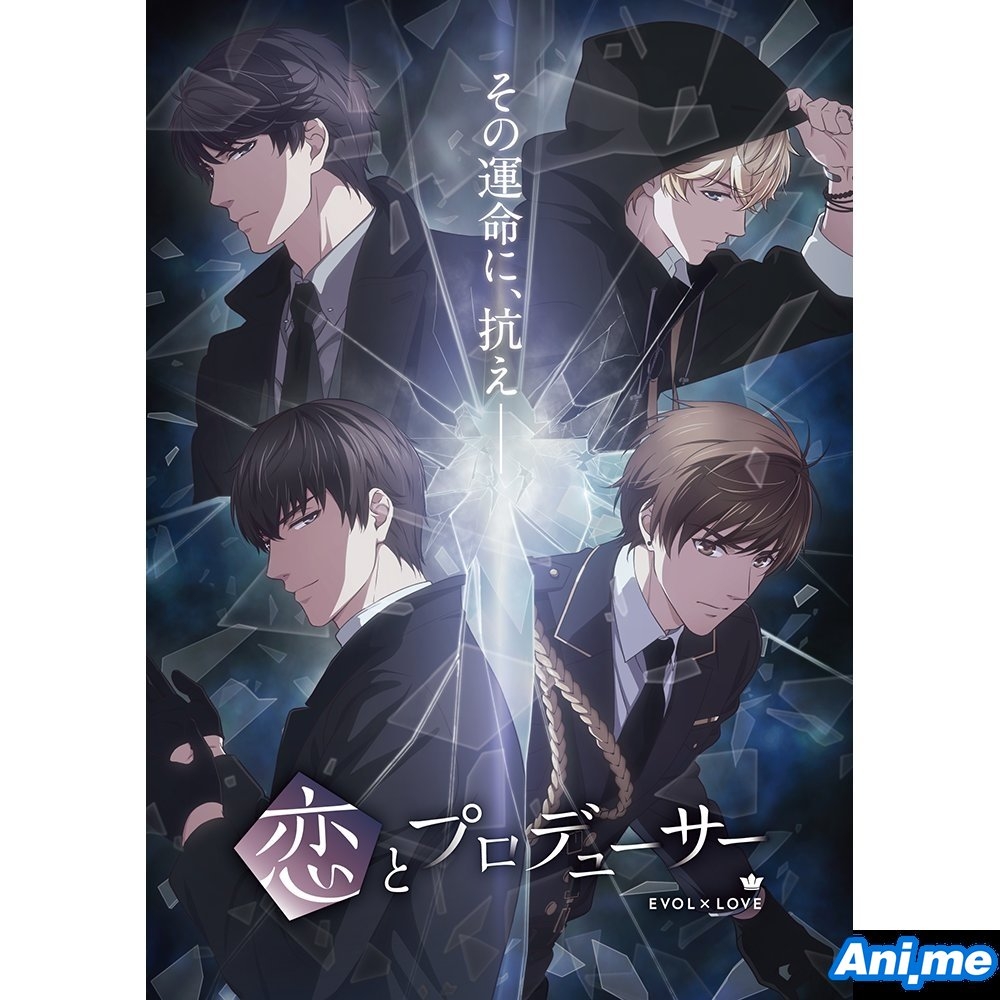 The original cast members from the game will be reprising their roles for the TV series:

Crunchyroll News describes the game’s story as such:

“The story of Koi to Producer ~ EVOLxLOVE ~ is set in a world where psychic powers (called “evol”) exist, and people who wield them are known as “evolvers”. Set against this backdrop, a young woman inherits the responsibility of producing the popular “Miracle Discovery” TV program after her father, the head of Kiseki Entertainment, dies suddenly in an accident. With the help of four “evolvers”, the heroine is determined not to let her father’s business collapse, but in the process she and her four psychic friends accidentally get caught up in a huge conspiracy…”

The series is set for a July 15 release.

The series will be directed by Munehisa Sakai (Pretty Guardian Sailor Moon Crystal), with scripts to be done by Kiyoko Yoshimura (Last Exile -Fam). Character design will be done by Jinshichi Yamaguchi (Oshiete Mahou no Pendulum: Rilu Rilu Fairilu). Animation will be done by studio MAPPA, and production will be handled by Emoto Entertainment.

The Koi to Producer ~ EVOLxLOVE ~ romance game first launched in China last 2017, in English on March 2019, and in Japan on July 2019. The game is available for both Android and iOS and has garnered over 90 million downloads worldwide.