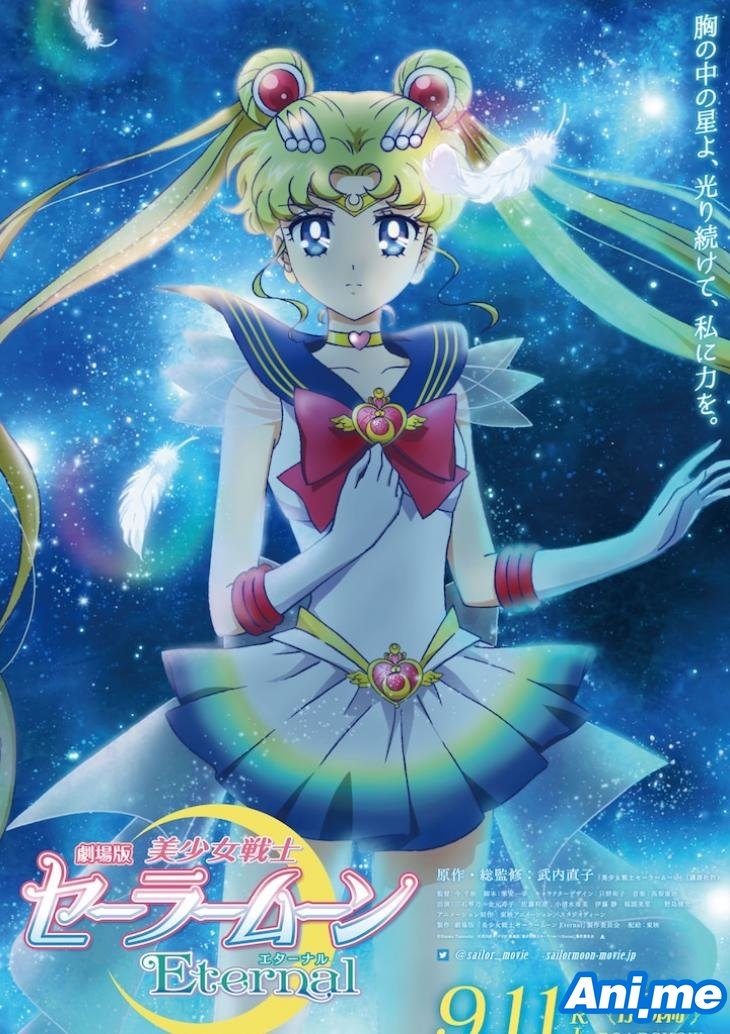 Sad news for excited Moonies out there: Toei Animation revealed last Thursday that the release of the two-part  Bishoujo Senshi Sailor Moon Eternal (Pretty Guardians Sailor Moon Eternal The MOVIE) has been delayed to 2021. The first film will premiere on January 8, 2021, while the second is slated for a February 11, 2021 release. As with all anime delays, this was also caused by the current COVID-19 pandemic.

The first film was previously announced for a September 21, 2020 release in Japan. No release date was announced for the second film before the delay.

Helios/Pegasus will be played by Yoshitsugu Matsuoka, who is also known for playing Kirito in Sword Art Online as well as Demon Slayer: Kimetsu no Yaiba’s Inosuke.