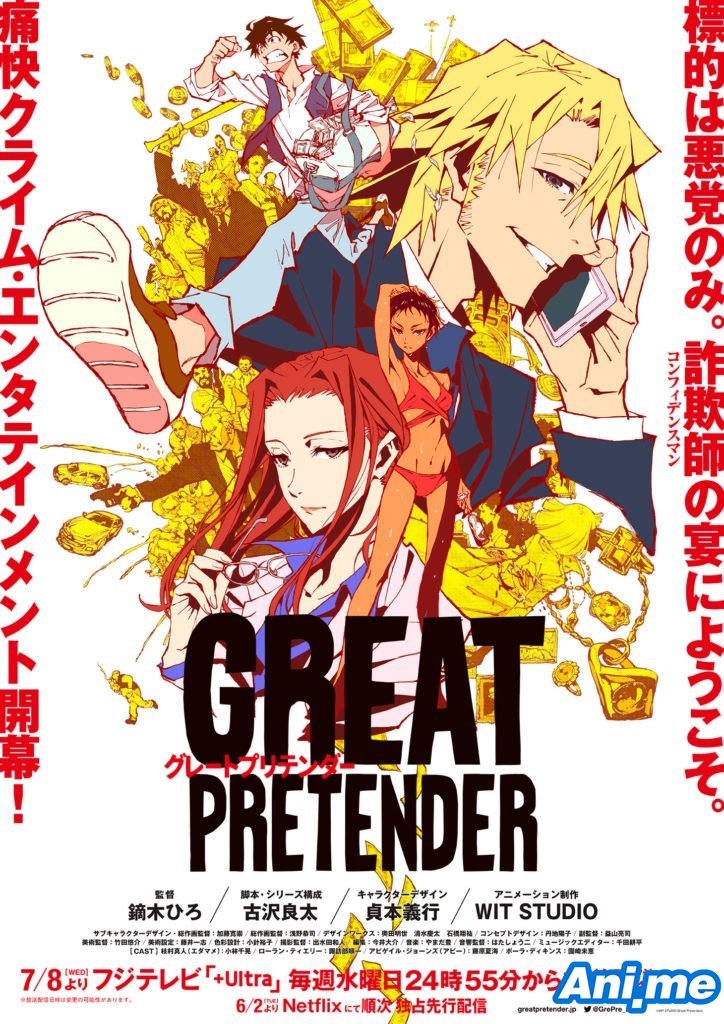 When you have an anime series that shares a title with a popular classic song, the right way to go is of course to get the song as your theme music! This is exactly what Wit Studio’s original TV anime The Great Pretender did, as it announced last Friday that their opening theme song will be none other than the popular classic “The Great Pretender”. However, the theme song won’t be the original The Platters version, as the anime series will be using the cover song done by the late Queen frontman Freddie Mercury.

Check out the promo video featuring a preview of the Freddie Mercury cover here!

The original TV anime project will be directed by Hiro Kaburagi (My Little Monster) for WIT Studio. Character design will be done by Yoshiyuki Sadamoto (Evangelion), script will be written by Ryota Kosawa (Parasyte live-action film), and music will be composed by Yutaka Yamada (Tokyo Ghoul). The series will be produced by Maiko Okada.

The Great Pretender will premiere on Netflix Japan on June 2. The series is set to premiere on worldwide Netflix but no premiere date has been announced yet.