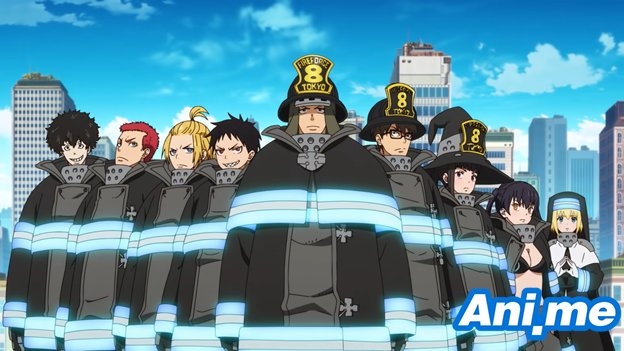 The official website of the anime adaptation of Atsushi Ohkubo’s Fire Force (En En no Shouboutai) has just revealed this Wednesday that rock band Cider Girl will be performing the ending theme song for the series’ upcoming second season. No title has been announced as of this writing. Cider Girl has performed theme songs for anime series such as 7SEEDS and Fox Spirit Matchmaker.

The new season will be directed by Tatsumi Minakawa, replacing season 1 director Yuki Yase. Minakawa directed Fire Force’s episode 12 and will be supervising the scripts for season 2 as well. Other returning staff members are Yumenosuke Tokuda as chief animation director and Hideyuki Morioka as character designer.